, which posted a net profit of RM34.57mil in the fourth quarter ended July 31, says its labour shortages have now been resolved following the arrival of adequate numbers of foreign workers.

In a filing with Bursa Malaysia yesterday, the integrated electronics manufacturing services provider said supply chain and logistics issues, while challenging, are manageable.

“We have also stocked up on certain raw materials with longer lead time. Order flow from customers remains reasonable at this juncture.

“Barring unforeseen circumstances, the board opines that the financial performance of the group for the coming fiscal year will be satisfactory.”

For the fourth quarter, VS Industry recorded a revenue of RM1bil, an increase of 6.7% or RM63.3mil as compared to the previous year’s corresponding quarter.

Pre-tax profit was lower at RM34.2mil, a decline of RM21.7mil over the same period.

The group said this was primarily due to a one-off (non-cash) impairment on the investment in associate and impairment loss on plant and equipment amounting to RM25.8mil and RM12.4mil, respectively.

Basic earnings per share stood at 0.90 sen in the fourth quarter, compared with 1.09 sen in the previous corresponding period.

For the financial year ended July 31, VS Industry recorded a net profit of RM169.74mil, compared with RM245.35mil in the previous corresponding period.

Revenue was at RM3.91bil, compared with RM4bil a year earlier.

“Performance was also affected by lower delivery of orders to key customers during the period due to labour shortage as well as protracted disruption in the global supply chain, which affected supply of components.

“Furthermore, mass production for a new key customer has yet to achieve an optimal level,” it said.

In line with its quarterly dividend payout practice, the board has declared a fourth interim dividend of 0.4 sen per share for the quarter under review.

It has also proposed a final dividend of 0.4 sen per share, subject to shareholders’ approval at the upcoming AGM. 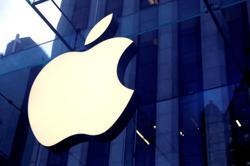