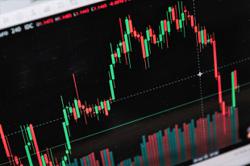 ON May 1, 2022, Malaysia’s minimum wage rose to RM1,500. This is unlike previously where there was a two-tier wage floor – RM1,200 for cities or municipal districts and RM1,100 for rural districts.

Will the benefits be evenly distributed?

According to the results of granular income data analysis, no. Distribution of the benefits will be highly skewed because the nationwide minimum wage ignores inter-state differences in the median salary of low-wage earners.

Minimum wage has, in any case, benefited low-wage earners overall.

According to a United Nations Economic and Social Commission for Asia and the Pacific report titled Closing the Gap, the average income of the B40 group more than tripled between 2009 and 2015, thanks in part to minimum wage legislation.

It is, however, important to note that minimum wage is usually lower than living wage, which is the level of income needed to afford a minimum acceptable standard of living.

According to Bank Negara in a 2018 report, the monthly living wage of a single adult living in Kuala Lumpur in 2016 was at least RM2,700, while that of a couple with two children was RM6,500.

Back in 2016, the minimum wage was RM1,000. This meant that a Kuala Lumpur-based single adult minimum wage earner back then would be unable to afford a minimum acceptable standard of living.

It is likely a similar situation now given the surge in cost-of-living inflation. With minimum wage not able to guarantee even a minimum acceptable standard of living, should we be surprised if income inequality continues to loom large?

It is worth noting that the absolute average income gap between the B40 group and the overall population widened over the 2009 to 2015 period. Notably, over the pre-pandemic 2016 to 2019 period, Malaysia’s Gini coefficient index had nudged upwards to 0.407 from 0.399.

Against this backdrop, one cannot be faulted for equating minimum wage policy with a band-aid solution to the worsening welfare of low-wage earners, nor for suggesting that it is standing in for failed structural reforms.

For sure, the minimum wage policy is not the answer to improving low-wage worker welfare.

Not when low-wage earners continue to suffer the indignity of living below a minimum acceptable standard of living.

Issues of food security and shortages have made things very much worse. If there is any lesson to be learned from all this, it would be that Malaysia needs to pivot away from the low-wage, low-skilled business model, based on its past structural reform failures.

While useful during the early days of our industrialisation drive, it is not so anymore. Times have changed and regional competitors have successfully jumped aboard the low-wage, low-skilled business model bandwagon.

We cannot go head-to-head with Indonesia and Vietnam, whose large populations give them an unassailable comparative advantage. To remain relevant in the global arena, while at the same time offer more economic opportunities to the rakyat, Malaysia must pivot towards the high-wage, high-skilled business model.

It is therefore critically important to successfully implement the 12th Malaysia Plan’s (2021-2025) strategies, which include “structural economic transition” and “quality investment.”

The current plan’s development concepts and strategies are, however, nothing new. For example, the 10th Malaysia Plan (2011-2015) had talked about “economic transformation” and “quality investment.”

In other words, the talk continues but there is not much to show for it. College graduates, for example, have increasingly had to take up low-paying jobs with requirements that are “below” the skill levels they possess.

This could get worse if high quality foreign direct investments continue to bypass us. And as quality jobs get ever scarcer, there will also be political and social implications.

In the final analysis, worker welfare – and by extension, that of the rakyat overall – can improve only via a successful structural transition to a high-wage, high-skilled business model. Only then can growth in Malaysia stand a better chance of becoming truly inclusive.

Quah Boon Huat is senior economist at MARC Ratings Bhd. The views expressed here are the writer’s own. 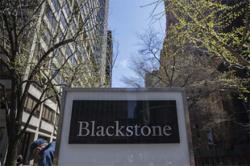 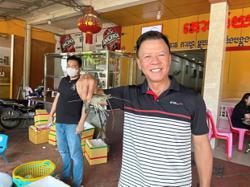