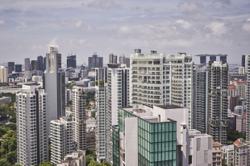 LONDON: UK property asking prices fell at the sharpest pace in almost 2½ years as a traditional summer lull combined with increased caution about the outlook for the economy.

The cost of new homes listed for sale fell 1.3% in August, reducing the annual pace of growth to 8.2% from 9.3%, the property-search website Rightmove said.

The most expensive homes suffered the largest drop, and London had the biggest decline in the country.

Rightmove said prices typically fall in August when buyers go on holiday and focus on getting children back into school. Other reports from the Bank of England (BoE) and mortgage lenders indicate that higher interest rates and concern about a cost-of-living crisis are starting to weigh on the property market.

“Several indicators point to activity in the market continuing to cool from the lofty heights of the last two years,” said Tim Bannister, director of property science at Rightmove. “It’s likely that the impact of interest rate rises will gradually filter through during the rest of the year.”

For now, a shortage of properties coming to market along with strong demand are likely to keep prices from plunging. Rightmove noted a 20% increase in buyer demand since 2019 before the pandemic started.

The figures underscore a steady surge in the cost of property over the past two decades Rightmove has been conducting its survey, leaving many buyers straining to afford to buy. 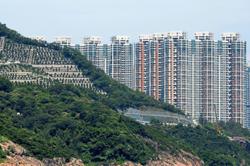 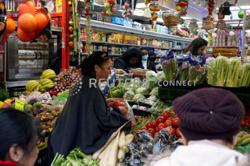