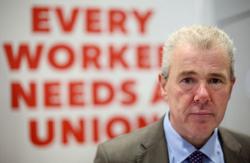 Plans by the ruling Conservative Party, including possible 40-year fixed-rate mortgages, are the latest part of the “property-owning democracy” idea championed by generations of UK politicians.

THE United Kingdom could be on the brink of a housing revolution to rival Margaret Thatcher’s council house sell-off in the 1980s. It may prove just as divisive.

Plans by the ruling Conservative Party, including possible 40-year fixed-rate mortgages, are the latest part of the “property-owning democracy” idea championed by generations of UK politicians.

About two thirds of households are occupied by their owners, with the ratio barely budging over the past decade as prices soared while wage growth and new homes lagged behind.

The latest push, announced by Boris Johnson in June, for more affordable ways to buy a home will still go ahead despite the turmoil gripping the government as the prime minister departs, according to people close to the matter.

The candidates to replace Johnson have offered glimpses of their housing policies so far: Rishi Sunak has pledged to make it harder to build homes on the green belt, while Liz Truss thinks banks should look at a borrower’s rental payments to decide if they can afford a mortgage.

Over half of people renting their homes could afford monthly repayments on a mortgage, but only 6% could easily access a typical first-time buyer loan, according to government calculations.

Banks’ high deposit requirements and strict affordability checks, which were tightened after the 2008 financial crisis, stand in their way.

Officials at the Treasury and the Department for Levelling Up, Housing and Communities are exploring savings products to allow renters to build deposits, as well as insurance programmes to cover riskier borrowers.

Thatcher’s “right to buy” that privatised almost two million social houses could be extended to housing association tenants, while loans lasting as long as 50 years could be passed down from parents to children. Lower down the agenda are ideas to build more affordable homes.

The policy at the heart of the work, and stirring some of the strongest feelings, is an embryonic plan to move away from the UK’s churn-dominated market.

Instead, multiple-decade fixed-rate loans could be made mainstream, following countries such as the United States and the Netherlands.

The Treasury has shown no interest in copying Fannie Mae and Freddie Mac, America’s government-owned entities that transfer the interest rate risk of long-term mortgages from lenders to taxpayers. Insurers could be used to shoulder some of the risk.

The UK has almost 3.6 million “resentful renters,” according to Graham Edwards, co-founder of property group Telereal Trillium and a board member at the Centre for Policy Studies (CPS) think tank.

If home loan applications focused on whether they could afford monthly repayments instead of the overall value of the property, about two million more could become homeowners, Edwards argued in a 2019 CPS paper.

UK housing market dynamics are changing fast, with mortgage price increases likely to continue as the Bank of England raises interest rates and banks use pricing to lock in borrowers with five-year deals.

Edwards is among a group of housing experts and economists pushing mortgage reform over building new homes, which they say would be too expensive, time consuming and impossible on a big enough scale to solve the problem.

The ideas have been gaining traction with senior figures in the Conservative government, who are perhaps mindful that 57% of people who own their homes voted Tory in the last general election, according to Global Counsel, a think tank.

After the “Help to Buy” policies that did little to boost overall home-buying rates, and the Covid-19 outbreak that shifted other policy work to the backburner, Edwards believes the housing issue is now back in the spotlight, irrespective of the coming change in prime minister.

“Given how central home ownership is to Conservative core values, how much progress is being made in this area, and the manifesto commitment, it would be somewhat surprising if this project wasn’t encouraged to continue by any new Conservative leadership team,” Edwards said.

Not everyone agrees that the changes would help. The overhaul would mean relaxing lending standards at a time of rising interest rates, inflation pain, and potentially falling house prices, which could saddle new owners with loans worth more than their homes, also known as negative equity.

Mortgages lasting 50 years would be a “political gimmick” that could push up demand and therefore prices even further, according to Kevin Dowd, professor of finance and economics and Durham University Business School.

“These are not the solution to any sensible problem. We need more supply of housing,” Dowd says.

Yet simply building more houses would not significantly change who can afford them, according to Ian Mulheirn, executive director and chief economist at the Tony Blair Institute for Global Change.

It would not address the fact that “many more families have been trapped in the private rented sector, including three times as many families with children as in the mid-2000s,” Mulheirn said in a recent paper. — Bloomberg 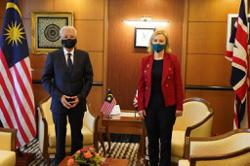 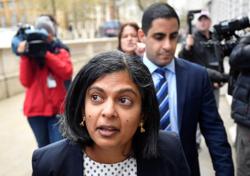