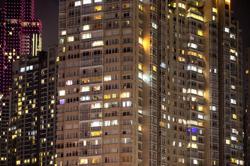 HANOI: In the controversy over limited-term apartment ownership, some experts see positives and say it could change the situation of slum areas and reduce housing prices.

In the draft of the revised Housing Law, the Construction Ministry offered a proposal with two options for apartment ownership: from 50 to 70 years, or according to the life expectancy of the apartment building.

In the second option, depending on the grade of the project, the buyer will be given ownership for the corresponding term.

Phan Cong Chanh, a real estate expert, said: “Owning an apartment with a term of 20, 30 or 50 years is popular in many countries, with the aim of securing land funds and diversifying housing types while ensuring the safety and development of people’s lives.”

He said it would be an option to solve the problem of renovating or rebuilding apartments at the end of their useful life without having to deal with ground clearance.

Meanwhile, Nguyen Van Dinh, vice-chairman and general secretary of the Vietnam Real Estate Brokers Association, said: “If the proposal of a limited-term apartment building is applied, the psychology of apartment speculation will slow down.

“At that time, the apartment becomes a consumer asset, not a savings asset, and apartment buyers will be hesitant because using the house is a liability.”

Dinh said the current price of apartments was too high because home buyers are having to bear a large cost for the land value due to permanent purchases.

He added that the proposal will affect prices in the apartment market in a downward direction, with the market only those who have a real need for an apartment.

Dinh told local media: “On the positive side, cheaper apartments are an opportunity for low-income people to buy an apartment that is suitable for their family’s finances.

“That’s not to mention, the right to use 50 years. If people have used it for 20 years and want to sell it, the selling price will only correspond to the remaining term of 30 years.” 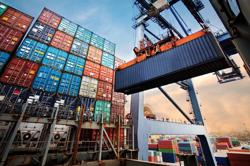