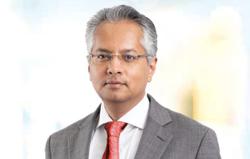 SINCE the pandemic, several real estate players have embarked on business diversification initiatives to broaden their revenue streams beyond property development.

Among them were Sime Darby Property Bhd

The deal saw SDP and LOGOS Property holding stakes in a joint-venture (JV) company on a 51:49 basis.

To kick off the JV, SDP has allocated a 177-acre site within its Bandar Bukit Raja township in Klang, Selangor.

The 177 acres will be rolled out over three phases to manage the incoming supply into the market.

Earlier this month, SDP announced that it had secured preliminary commitments of 50% for the first close of its inaugural IDF at US$250mil (RM1.06bil).

TA Securities says it is upbeat about this development, as well as the future prospects of SDP’s diversification plans.

“The funding exceeded the initial target capital commitment of RM850mil by 18%, indicating strong investors’ interest in high-quality industrial and logistics assets,” it says in a recent report.

Citing SDP’s management, the research house says the first round of funding was fully raised from local investors.

“We also gather that institutional investors are nearing the end of their due diligence and investment approval processes, which means that the next round of funding is likely to close soon.”

While the earnings contribution is expected to be modest in the near term, TA Securities believes the JV will generate considerable recurring income for the group over time as the fund expands.

“SDP now has some 2,800 acres of industrial land for future development across six major townships, notably the City of Elmina, Bandar Bukit Raja, and Serenia City in Selangor, Hamilton Nilai and Nilai Impian in Negri Sembilan and Bandar Universiti Pagoh in Johor.”

Meanwhile, S P Setia in its 2021 annual report says diversification of businesses is among the group’s strategies, moving forward.

S P Setia says it has embarked on new targeted business diversifications such as healthcare, logistics/e-commerce, and senior and assisted living subsectors in its developments.

The group says it has also commenced exploring business opportunities in industrial and purpose-built buildings for sale and long-term lease.

Additionally, the developer says it has initiated feasibility studies to explore the possibilities of multiplying similar businesses in other townships and projects.

(IWB) announced in September 2020 that it was diversifying into the personal protective equipment (PPE) industry and to become a leading glove maker.

In its 2021 annual report, IWB says its diversification plan involves an investment of about RM155.5mil, which includes land acquisition, the construction of new manufacturing facility and the installation and commissioning of 12 glove production lines as well as 10 disposable face masks production lines.

“IWB anticipates that the manufacturing facility will be able to commence operation and initial productions sometime in the third financial quarter of 2022,” it says.

For its third quarter ended Dec 31, 2021, IWB’s net profit rose to RM4.68mil from RM3.28mil in the previous corresponding period, while revenue improved to RM20.88mil from RM16.97mil a year earlier.

For the nine-month period ended Dec 31, 2021, IWB’s net profit grew to RM11.81mil from RM7.58mil in the previous corresponding period, while revenue increased to RM58.46mil from RM33.43mil previously.

The group’s earnings were bolstered by higher contributions from its property development and manufacturing segments.

Following the launch of the plant, IWB managing director Datuk Tan Kean Tet said the continued Covid-19 viral evolution that led to the emergence of variants such as Omicron, despite the extensive vaccinations globally, is expected to sustain the demand for gloves and face masks.

“While IWB is relatively new in the PPE manufacturing market, our international recognition and the overwhelming enquiries from potential customers makes us one of the leading beneficiaries of this continued demand for PPE,” he said in a statement.

“The global medical face mask market, according to Arizton, is expected to reach US$5.73bil (RM24bil).

“The world continues to see an increase in demand for medical-grade gloves and face masks due to higher hygiene requirements and as a manufacturer, we see a huge opportunity for us.”

Earlier this month, IWB group executive director James Tan told StarBiz that it plans to double the production capacity of its new RM200mil Batu Kawan plant by the middle of the year.

The plant will be able to produce 300 million pieces of nitrile gloves per month compared to 150 million per month presently.

James was quoted as saying that the face masks, gloves and test kit business would generate about 50% of the group’s revenue in 2022.

“In 2020, Mah Sing announced its new venture into the healthcare segment via glove manufacturing, which marks further diversification to tap new business opportunities,” it says in its 2020 annual report.

The property developer says it would leverage its experience as a plastics manufacturer over the past four decades, which would be supported by potential synergies derived from the group’s other businesses.

Commenting on the group’s foray into glove manufacturing, Hong Leong Investment Bank Research (HLIB) in a recent report noted that Mah Sing chose to venture into the business during the down cycle of the sector, when margins were compressing.

“Consequently, its share price has also gone through a cycle driven by the glove sentiment as the group was perceived as a glove proxy counter.

“Nonetheless, we note that the glove assets only make up about 3% of the group’s total asset base and as such, we view this business as a non-core segment for the group.”

HLIB said Mah Sing’s management had shared that they intend to divest both the plastic and glove manufacturing segments through a separate listing within five years.

“We view this long-term strategic plan positively as the manufacturing businesses do not have synergistic value with its property business and as such, a divestment could likely unlock more value to the shareholders.

“In the near term, we believe that the group should be able to fill up its capacity gradually as it only has 12 lines with an annual capacity of 3.68 billion pieces. With better utilisation, the segment should be able to turn cashflow positive.” 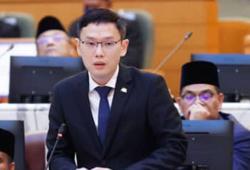