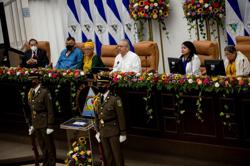 US Secretary of State Antony Blinken (pic) to visit Malaysia and Southeast Asia.

WASHINGTON: President Joe Biden is committed to elevating U.S. engagement with the Association of Southeast Asian Nations (ASEAN) to "unprecedented" levels, the top U.S. diplomat for Asia said on Wednesday, ahead of a visit to Southeast Asia by Secretary of State Antony Blinken.

Daniel Kritenbrink, the assistant secretary of state for East Asian and Pacific affairs, told a news briefing the security aspect of Blinken's trip would focus on strengthening regional security infrastructure in response to Chinese "bullying" in the South China Sea.

Blinken will travel to Britain for a Group of Seven ministers meeting before visiting Indonesia, Malaysia and Thailand from Dec. 9-17.

“There’s tremendous convergence among our partners in the region including these three countries in Southeast Asia," he said.

"Convergence in terms of the vision we have for the kind of region we want to live in... a region that is free of coercion, a region where large countries do not bully the weak and where all countries play by the rules."

Kritenbrink said the United States was not asking countries in the region to chose sides, but wanted to ensure they had the ability to make their own decisions.

"We choose that vision of a rules-based international order in which all countries, large and small, play by the rules.”

Kritenbrink said Blinken would discuss plans to for an "Indo-Pacific economic framework," which Biden told Asian leaders in October the United States would launch talks on.

Critics say Biden's Asia strategy to stand up to China's growing influence and might has lacked this crucial element since his predecessor Donald Trump quit a regional trade pact. 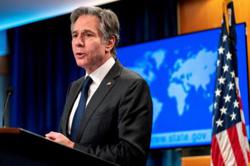