SINGAPORE: Most emerging Asian stock markets recouped early losses on Friday after embattled developer China Evergrande Group made a bond payment to avert a default, but gains were muted, with Indonesia shares threatening to snap a five-week winning streak.

China, Jakarta, South Korea and Singapore equities all opened lower but later rose between 0.1% to 0.4%, while Malaysia shares trimmed some losses.

Evergrande wired funds to a trustee account on Thursday for a dollar bond interest payment that had been due on Sept. 23, a source told Reuters, which eased some worries about its problems spilling over into China's real estate sector and the broader economy. Property firms on the Shanghai bourse rallied.

"Evergrande's reported bond coupon payment is a positive development towards supporting market sentiment for the immediate term," said Han Tan, chief market strategist at Exinity. "But market participants still have major concerns to contend with, including the energy crises in major economies and 'stagflation' risks," he added.

Singapore's Straits Times Index advanced 0.4% and was headed for a third weekly gain even as coronavirus restrictions in the country were extended this week for one month.

The local currency firmed 0.2%. The stock index has been relatively resilient as investors maybe agreeing with the country's endemic stance to not aim for zero-COVID cases but live with a high vaccination rate to control a rise in infections, said Yeap Jun Rong, market strategist at retail trading platform IG.

However, tumbling coal futures after Beijing's vow to intervene to rein in prices sparked concerns about whether the Indonesian economy would be able to sustain growth at the same momentum since it's the world's biggest thermal coal exporter.

Jakarta's main index was little changed by midday, while the rupiah slipped 0.3% against the dollar, taking its losses to around 0.7% in two sessions.

Most other Asian currencies such as Taiwan's dollar , the Philippine peso and the Malaysian ringgit traded flat to lower as the greenback firmed on upbeat jobs and housing data in the United States. Thai financial markets were shut for a holiday. - Reuters
Article type: metered
User Type: anonymous web
User Status:
Campaign ID: 46
Cxense type: free
User access status: 3
Join our Telegram channel to get our Evening Alerts and breaking news highlights 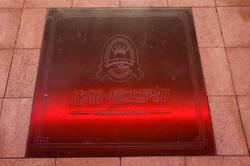