LONDON: SoftBank Group Corp chief operating officer Marcelo Claure has advocated for a spinoff of the company’s Latin American investment fund, putting him at odds with founder Masayoshi Son, who disagrees with the move, according to people familiar with the discussions.

The Latin American venture isn’t as high profile as SoftBank’s mammoth Vision Fund, but it has grown to US$8bil (RM33.4bil) in assets since its launch in March 2019. The initial fund, under Claure’s leadership, has backed 48 companies and generated an internal rate of return of 85% in dollar terms.

Claure sees a spinoff as a way to build the business, create value for SoftBank and boost his own compensation, said the people, asking not to be identified because the matter is private.

There has been “no discussion of spinning out SoftBank’s Latin American Fund,” Son said in a statement from the company. “Second, Marcelo and I have a strong relationship and he is a valuable member of the SoftBank team.”

The 50-year-old Bolivian-American has often pushed for more authority and money, the people said, though he was SoftBank’s second-highest paid executive last year and became a billionaire when he sold his cellphone distributor to SoftBank in 2013.

He has suggested he deserves as much as US$1bil (RM4.17bil) in part because he led the turnaround of Sprint Corp, which SoftBank sold to T-Mobile US Inc last year for about US$37bil (RM154.3bil).

SoftBank loaned Claure capital to buy a US$500mil (RM2.1bil) stake as part of the T-Mobile deal.

It’s possible Claure could leave SoftBank over the disagreement with Son, said the people, although the COO has floated the idea of resigning in the past without actually doing so.

Despite their different opinions over the Latin American spinoff, the two men have developed a close relationship since SoftBank bought a majority stake in Claure’s Brightstar Corp in 2013. “Marcelo can be mercurial, but I don’t think it will come to that,” said one person of the prospect Claure will leave.

Son has raised his global profile since starting the Vision Fund in 2017, creating an unprecedented investment vehicle of almost US$100bil (RM417bil) to back technology startups. But the 64-year-old has struggled to persuade investors of the value of his efforts, in part because of fiascoes with companies such as WeWork Cos and Greensill Capital.

SoftBank’s own stock chronically trades far below the value of its assets though and has tumbled more than 40% from its peak in March. 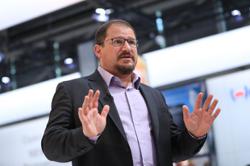 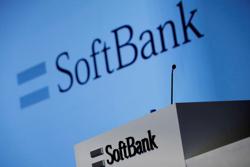