KUALA LUMPUR: Malaysia’s exports surged past RM105bil in June to record the 10th straight month of growth on-year since September due to strong demand for petroleum products, chips and rubber goods.

The Senior Minister of International Trade and Industry said in a statement on Wednesday the growth in June was underpinned by exports to China and US – the highest ever recorded.

“The export growth was contributed by strong demand for petroleum products, electrical and electronic (E&E) products mainly electronic integrated circuits used in the production of smartphones, cars, computers and home appliances as well as rubber products,” the statement said.

Exports to all major markets namely Asean, China, the US, the European Union and Japan recorded double-digit expansion.

Capital goods, valued at RM8.57bil, grew by 15.2%, due mainly to higher imports of capital goods (except transport equipment), primarily parts for machinery and mechanical appliances.

Consumption goods, valued at RM7.35bil, rose by 19.2%, as a result of higher imports of processed food and beverages mainly for household consumption, especially meat and edible meat offal.

As for exports in June, all three sectors recorded strong double-digit growth compared to the same month last year.

Exports of manufactured goods which accounted for 86.6% of total exports, increased by 25.8% on-year to RM91.3bil. This was the seventh consecutive month of double-digit growth.

Exports of agriculture goods (8.3% share) grew by 40% to RM8.81bil from a year ago driven mainly by higher exports of palm oil and palm oil-based agriculture products.

The expansion was underpinned by higher exports of crude petroleum and liquefied natural gas (LNG). Malaysia recorded a new record high for exports to China.

Exports to China recorded the eighth consecutive month of double-digit growth, increasing by 18.5% to RM17.56bil and was the highest value recorded.

The expansion in exports was contributed mainly by higher exports of E&E products and petroleum products. Imports from China rose by 43% to RM20.35bil.

Exports recorded the 13th successive month of double-digit growth since June 2020, expanding by 32% to RM12.91bil and was the highest value ever registered.

The increase was attributed mainly to higher exports of manufactured goods especially rubber products, E&E products, manufactures of metal, machinery, equipment and parts as well as chemicals and chemical products. 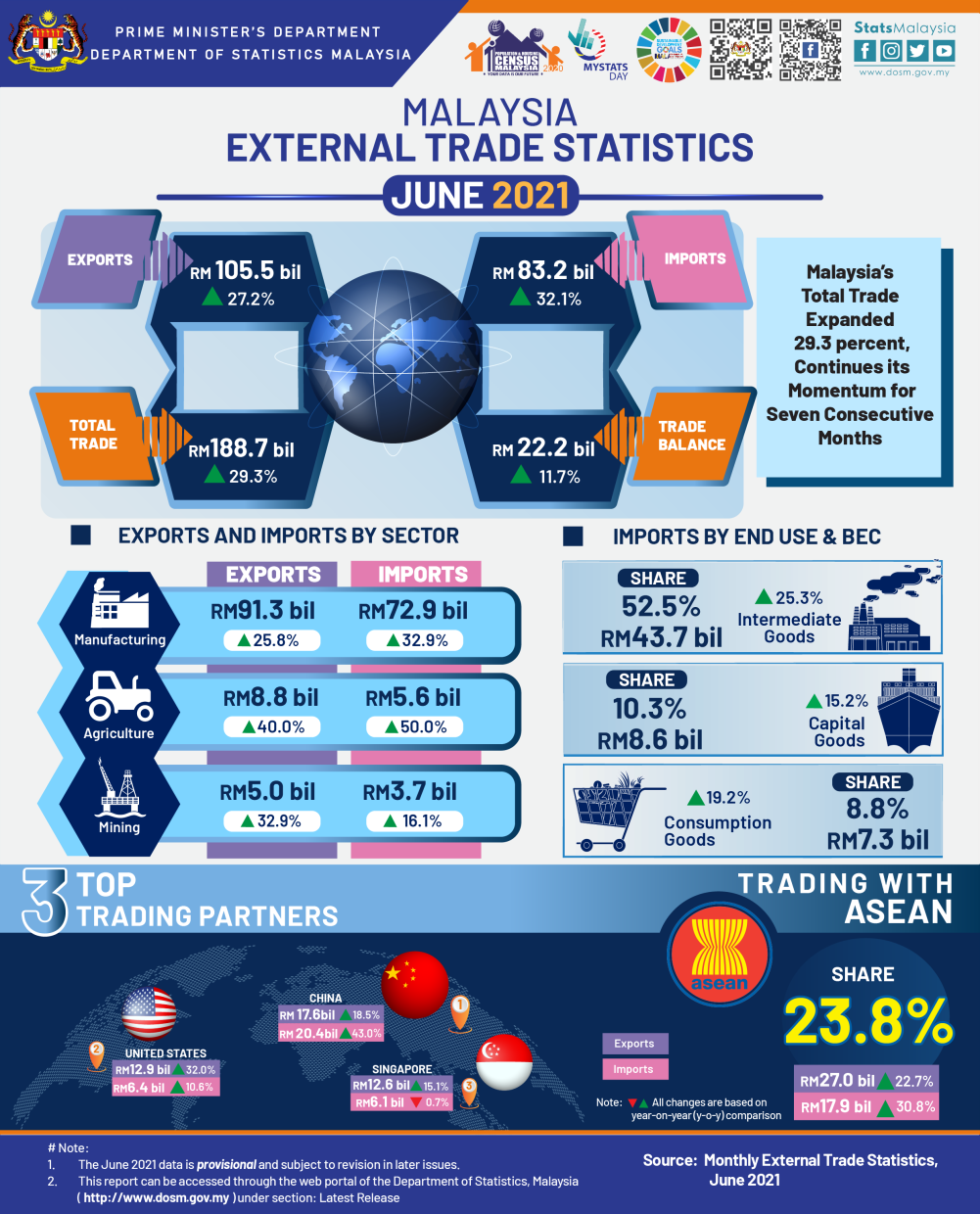 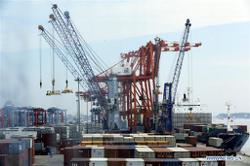