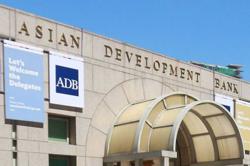 New strain: Sale signs are seen at a shopping mall in Cavite province. The economic impact of the Delta strain would likely be felt by the fourth quarter of this year. — Bloomberg

MANILA: While Metro Manila and neighbouring areas moved closer to achieving herd immunity, boosting hopes that the country could finally return to growth path, the more contagious Delta variant of Covid-19 may further slowdown the reopening of the economy, think tanks said.

In a report, Pantheon Macroeconomics senior Asia economist Miguel Chanco said the economic impact of the Delta strain would likely be felt by the fourth quarter of this year.

“The economy’s prospects in the current quarter are likely to be spared, not least because the government has demonstrated consistently an unwillingness to impose the stringent social-distancing measures needed until the very last minute... It probably will take longer for Delta to take hold in the Philippines, due to the still-subdued levels of mobility,” Chanco said.

Chanco, nonetheless, said that with or without the heightened risk coming from the Delta variant, domestic demand would be “extremely challenging” as uncertainty due to the prolonged pandemic tempered consumer spending.

“The proportion of consumers who intend to buy big-ticket items... continued to decline in the second quarter, hitting a new low,” he noted. “The rebuilding of savings following last year’s drawdown continues to hold back discretionary spending.”

The second-quarter CES showed that the share of households with savings rose to 28.3% from 24.7% in the third quarter of last year.

“This is still 10 percentage points off the pre-virus level, as many are still not in any position to set aside savings,” he added.

It said the government’s vaccination effort had accelerated to more than 250,000 jabs daily, improving the prospects that community protection in Metro Manila could be achieved by year-end.

London-based Capital Economics, however, remained less bullish on its outlook for the Philippines even as it projected GDP growth this year at 6%.

“Failure to contain the virus and lacklustre fiscal support means the Philippines will experience the slowest recovery in the region.” — The Philippine Daily Inquirer/ANN 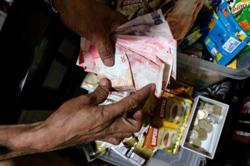