Equity project: AirAsia planes line the tarmac at klia2. The firm is looking to raise between RM2bil and RM2.5bil in new equity and debts this year.

TRX City Sdn Bhd and IWH CREC Sdn Bhd (ICSB) have mutually agreed to terminate a deal for the latter to acquire a 60% stake in the project to redevelop the current Sungai Besi air base, known as Bandar Malaysia.

This was after the restated and amended share sale agreement (Rassa) lapsed on May 6, 2021.

Both parties could not agree to the terms of the extension of the condition precedent period. 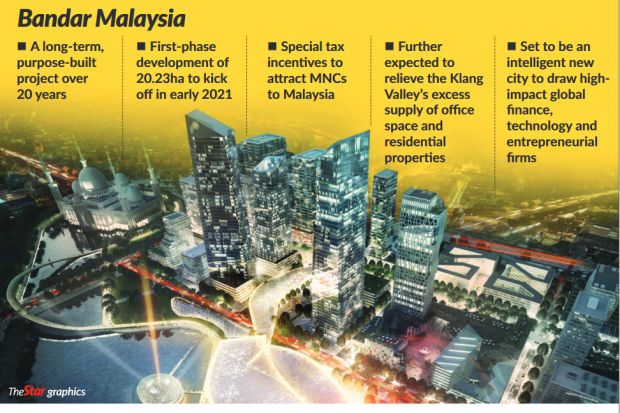 Last year, IWH CREC paid a RM1.24bil deposit and advance to the government to allow them to start work on Bandar Malaysia.

Reports indicated that the deposit would be refunded.

The HSR project was cancelled early this year.

Its founders Tan Sri Tony Fernandes and Datuk Kamarudin Meranun have given their irrevocable undertakings to subscribe for their total 26.4% proportionate entitlement.

The other half of the remaining RCUIDS will be underwritten.

The remaining portion will not be underwritten, but it is likely to find takers as the 8% yield is quite attractive for investors, even with the conversion price of 75 sen. Shares in AirAsia were traded at around 82 sen yesterday.

AirAsia is said to be looking to raise between RM2bil and RM2.5bil in new equity and debts this year to pay for its airline operations and growing digital business. The budget carrier is targeting to reach 35% of pre-Covid flight capacity by end of this year.

Bakke is chairman of Petronas

TAN Sri Mohd Bakke Salleh is taking a big step up after he was named to take over the role as chairman of Petroliam Nasional Bhd (Petronas) effective Aug 1. Bakke, 67, is currently an independent board member at Petronas. He will replace Tan Sri Ahmad Nizam Salleh, who will move on as chairman of Pelaburan Hartanah Bhd.

An accountant by training, Bakke has an illustrious career and was at the helm at some of the biggest organisations including Sime Darby Bhd

, Felda, Bank Islam and Lembaga Tabung Haji. Prior to his appointment to Petronas, he was the chairman of Telekom Malaysia Bhd

(TM). He will be succeeded by Khazanah Nasional Bhd’s board member Datuk Mohammed Azlan Hashim at TM effective Aug 1.