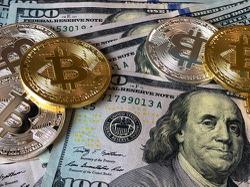 Clamping down: A man is seen using a bitcoin ATM in El Salvador. The Basel Committee on Banking Supervision has said that they’re planning to assign bitcoin and other crypto products the toughest capital requirements for any bank that wants to hold them. ― AFP

WASHINGTON: Banks looking to expand into the wild world of crypto got a pointed reminder from regulators this month of the risks involved.

The Basel Committee on Banking Supervision said June 10 that they’re planning to assign bitcoin, among other crypto products, the toughest capital requirements for any bank that wants to hold it. The standard setters said that the risks to financial stability would be significant if banks do expand their offerings in the volatile market.

That warnings comes with clients showing increasing interest in the assets, leaving firms like JPMorgan Chase & Co, Goldman Sachs Group Inc and Morgan Stanley to wrestle with how best to offer exposure to the burgeoning, and volatile, asset class.

This year has seen more and more lenders examining how they might broaden their offerings even as caution remains the watchword, according to a Bloomberg analysis of the offerings from some of the world’s biggest banks. While several now clear crypto futures, most have largely steered clear of other services.

Goldman’s chief executive officer David Solomon said in a Congressional testimony earlier this month that the bank was restricted by regulations from acting as a principal trader in cryptocurrencies or from owning most coins. “We do clear bitcoin futures,” he said. “We provide advice to clients, particularly institutions, and high net worth individuals that have an interest in gaining exposure, although often they go to other places to gain those exposures.”

Linking up with other providers may become the norm. JPMorgan’s crypto strategy depends on following customer demand, according to Daniel Pinto, who heads up the lender’s corporate and investment bank. That may mean partnering with an exchange like Coinbase Global Inc for sub-custody if institutional clients want that, Pinto said in April during an interview with Bloomberg News.

The banks have been quicker to embrace the underlying technology that underpins such digital assets. JPMorgan has been a longtime proponent of ethereum, the world’s most-used blockchain that uses smart contracts to accomplish blockchain-based tasks that are impossible with bitcoin.

In one example, JPMorgan is using its private version of ethereum to conduct overnight repurchase agreements where digitised US Treasury bonds are swapped for JPM Coin, the bank’s version of a digital dollar. It said it was doing more than US$1bil (RM4.15bil) of such trades a day.

There’s still no consensus on the best way to offer exposure to crypto assets themselves. JPMorgan’s Jamie Dimon said at this month’s Congressional hearing that his bank doesn’t tell its customers what to do with their money. ― Bloomberg