IT’S BEEN a tough start to the year for the local property market, as the country continues to battle the Covid-19 pandemic.

In less than six months, the country has had to deal with two movement control orders (MCO), as daily infections and deaths continue to rise. Still, despite the challenges faced, property consultants are cautiously optimistic that the local property market will rise up to the occasion.

“The latest MCO will have an impact on the market as the disruption in activities will lead to a slowdown, while tenants and investors will also be more cautious. But, people are getting used to the lockdowns already. Businesses will carry on as best they can but with added caution, ” he tells StarBizWeek. Due to the work-from-home (WFH) trend becoming the new norm as a result of the MCO, Ruben says many developers are now offering study rooms and WFH capabilities such as WiFi connectivity and Ethernet points in rooms and living areas of their units.

Siva says the recovery of the property market will ultimately hinge on the nationwide vaccination programme. “Of course, the sooner we can vaccinate as many people as possible, the better. At the moment, it is still very difficult to predict when we shall see a recovery in the property market.

“Some believe that we will see a V-shaped or even a U-shaped recovery. But I don’t think so. I believe it will be an L-shaped recovery, with a slight upward curve, ” he says.

“We already lost a number of weeks during MCO 2.0 earlier this year. There’s no telling how long the current one (MCO 3.0) will last. The initiatives under the campaign will certainly help spur sales within the residential sub-sector, ” he says.

Housing and Local Government Minister Datuk Zuraida Kamaruddin recently said that it would be important for the HOC to be extended until year-end, as it will help the economy recover and assist potential homebuyers. However, based on local news reports, the Finance Ministry has refused to extend the drive, as doing so would mean foregoing half-a-billion in stamp duty revenue.

The HOC kicked off in January 2019 to address the overhang problem in the country. The campaign, which was initially intended for six months, was extended for a full year. It proved successful, having generated sales totalling RM23.2bil in 2019, surpassing the government’s initial target of RM17bil.

In March, during the Real Estate and Housing Developers’ Association’s briefing on the property market for 2021, its president Datuk Soam Heng (pic below) Choon revealed that since the HOC was reintroduced last June, a total of 34,354 residential units valued at RM25.65bil had been sold as at Feb 28,2021. If not for MCO 2.0 in January this year, Soam says sales would definitely have been a lot higher. “Because of the MCO, we lost out on two months of potential sales, ” he said during the briefing back in March.

Soam says Rehda does not have a sales target for the current HOC. “We do however hope that the HOC will be extended until the end of the year, ” he says.

group managing director Datuk Doh Jee Ming says the pandemic has had a profound impact on the B40 group of individuals.

“In fact, it was during the pandemic that more B40 buyers approached the group with the need for their own space. Having their own space, which enables social distancing and practising WFH measures in the new normal, has shown the enhanced need for space. As there were economic impacts following the pandemic, there was also a narrowing of the gap between the B40 and M40 groups.”

Doh adds that the severity of the undersupply of homes can be observed in states outside the Klang Valley, as affordability concerns of first-time homebuyers peak in these locations.

Apart from the residential sub-sector, the implementation of MCO 3.0 has also had an impact on the local retail industry. Retail Group Malaysia (RGM) managing director Tan Hai Hsin says the lockdown will have an impact on sales of local retail operators.

“In our March 2021 report, we projected that full-year retail sales growth would be at 4.1%. Based on the latest developments, it will be lower. It will take a while for our retail industry to recover from the current wave. Interstate travel may be lifted by the third quarter of 2021, but it will take some time for Malaysia to receive a sufficient number of foreign tourists this year.”

Tan says RGM had anticipated that 15% of total retail supply or at least 51,000 retail stores would close down last year, due to the pandemic. “The pandemic is not over yet. Thus, this estimate remains. It may be worse based on the current developments.

“We witnessed a high number of closures immediately after the MCO ended in May 2020. A second round of major closures took place after the bank moratorium ended in October 2020. The third round was during MCO 2.0 earlier this year. We may expect more closures in the next one month.” Tan says the priority now is to reduce the number of daily infections. 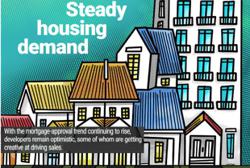