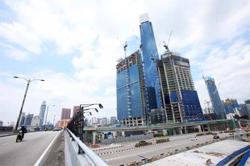 The Light City's vibrant mix of retail, hospitality, commercial and residential is set to catapult Penang into the list of iconic global waterfront destinations.

GEORGE TOWN: IJM Perennial Development Sdn Bhd is expected to complete the first phase, which represents the commercial component of the RM4.5bil Light City project, located next to the Penang Bridge by 2024.

According to IJM Perennial general manager Tan Hun Beng, the construction work for the first phase kicked off last October.

IJM Perennial is a joint-venture between IJM Corp Bhd

and Singapore’s Perennial Holdings Private Ltd to oversee the Light City project. Tan told StarBiz that “the piling work is now 100% done for the commercial phase that includes a shopping mall”.

“We will also start the piling work for the Mezzo, a sea-fronting condominium scheme comprising 456 high-rise units priced from RM900,000 onwards in June this year.”

Tan added that since the soft launch in February 2021, IJM Perennial has already sold 25% of the Mezzo residence. “The bulk of our buyers were locals, but there were also foreigners, mainly from Singapore and Hong Kong, who are keen to invest because of the weakening ringgit.

“We have also concluded some sales through an online sales presentation, using Zoom to meet with the overseas buyers. By this June, we will be showing the virtual showroom of the Mezzo units to these buyers, ” he noted.

Tan also pointed out that the real property gains tax waiver for residential properties ending in December 2021 and the low interest rates will continue to attract potential investors.

“The group is negotiating with several Asian-based companies which are involved in the food and beverage (F&B) and other retailing business to come in as anchor tenants for the shopping mall. Both the convention centre and the hotel will also draw the crowd to the mall, ” said Tan.

Initially, IJM Perennial had planned to start work on The Light City in 2018, but given the property market slowdown, the group then decided to hold back the implementation of the project and revised its existing plan.

“We made revisions so that the project could be launched in two phases, according to the pace of market demand. The new plan can now accommodate more F&B outlets and possibly, an experiential themed park in phase two, ” explained Tan.

Under the revised plan, the first phase will have a mall with a 680,000-sq-ft net lettable area, the Penang Waterfront Convention Centre, a four-star hotel with 500 rooms, offices and the Mezzo residential condominiums.

The second phase will comprised a 340,000-sq-ft mall, a five-star hotel with 250 rooms, offices and the Essence residential condominiums. Tan noted that the price of residential properties in Penang, depending on location and size, had dropped by at least 10% to 20% compared with the pre-Covid-19 period.

“There were about 15,000 of overhanged houses in Penang until early March, ” he added.

IJM Group is one of Malaysia’s leading conglomerates with businesses in construction, property, plantations, industry and infrastructure. It has operations in 10 countries, focusing on Malaysia, India, the United Arab Emirates, China and Indonesia.

Perennial is an integrated real estate and healthcare company headquartered in Singapore. As a real estate owner, developer and manager, it focuses on large-scale, mixed-use developments.

It has operations in China, Singapore, Malaysia, Indonesia, Myanmar and Ghana, with a combined portfolio spanning over 65 million sq ft. 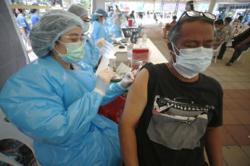