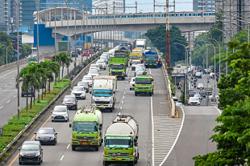 WASHINGTON: Moves to bolster the International Monetary Fund’s (IMF) emergency reserves could provide the US$44bil (RM181.83bil) needed to vaccinate 70% of the population in lower and middle-income countries by the end of 2022, at no added cost to rich countries, a new Rockefeller Foundation report finds.

Finance officials from the Group of 20 major economies are expected to back a US$650bil new allocation of the IMF’s Special Drawing Rights (SDR) this week to help countries cope with the pandemic and its economic fallout.

Vaccination rates and economic development are diverging widely across the globe, according to the IMF and other experts.

The Rockefeller repor said rich countries could reallocate their new SDRs to quickly close the funding gap and get more people vaccinated around the world, preventing virus mutations that could stall a global recovery.

The World Bank estimates that Africa alone would need about US$12bil for Covid-19 vaccines to attain sufficient levels of inoculations to interrupt virus transmission, according to a new paper by the bank and the IMF.

The paper, published on Monday, argued for an extension of the Group of 20’s debt service moratorium through year-end, citing the continued high liquidity needs of developing countries and their deteriorating debt sustainability outlooks.

But it said additional resources would be needed, noting that the amount of money Africa needed was about the same as the total amount of official debt service payments already deferred by 45 of the poorest countries participating in the G20’s Debt Service Suspension Initiative (DSSI).

The Rockefeller report noted that high and upper middle-income countries accounted for 86% of Covid-19 shots administered worldwide as of the end of March. It said advanced economies should aim to reallocate at least US$100bil in SDRs to fund the vaccination drive and other measures needed to help poor and middle-income countries. — Reuters