’s decline in earnings for the first half of financial year ending July 31,2021 (FY21) could be just a bump on the road as its performance is expected to improve in the second half of the year, driven by a pick-up in construction activities and property sales as well as strong order book replenishment prospect.

This was due to the partial return of the movement restraint, which resulted in reduced activities at construction projects, slower progress at property projects and lower traffic at toll roads.

Its construction unit was hurt by the downsized MRT2 contract.

Despite a 13% quarter-on-quarter rebound in Q2FY21 net profit, earnings fell short due to delayed recognition at its Vietnam development, Celadon City, caused by a delay in securing building approvals due to the national elections.

Gamuda’s earnings only came in at about 42% of consensus full-year forecasts.

However, analysts deemed the company’s performance to be broadly within estimates.

“We anticipate H2FY21 to come in much stronger compared with H1FY21, underpinned by lumpy contributions in Q4FY21 as Gamuda obtains building approvals for Celadon City and recognise the progress completions that were backlogged once the national election in Vietnam, to be held on May 23, is concluded, ”said Kenanga Research in a note yesterday.

Its order book is poised to be bumped up by an additional RM5bil from the Penang South Reclamation (PSR) project once the joint venture agreements between Penang State and Gamuda’s 60%-owned subsidiary SRS Consortium Sdn Bhd are finalised.

Gamuda’s balance sheet remained healthy with net gearing at 0.27 times, which could be reduced further in the third quarter as the company has monetised RM350mil worth of receivables owed to its 80%-owned subsidiary Gamuda Water.

Research houses have remained largely positive on the counter.

Kenanga maintained its “outperform” call on the stock with unchanged sum-of-parts-based target price of RM4.17.

“We continue to like Gamuda for its dominant position in the construction space in Malaysia which is poised to benefit from any pump-priming initiatives, ” the research house said.

RHB Research and Maybank IB Research have kept their “buy” recommendations on Gamuda with target prices of RM4.35 and RM4.12 respectively.

RHB noted that the recent retracement in Gamuda’s share price of more than 10% has brought about an attractive entry point.

“This is because key catalysts expected from Australia and MRT3 have yet to surface. According to management, recent discussions on MRT3 are pointing towards a favourable outcome, ” it added.

Nonetheless, a prolonged slowdown in the property market, longer-than-expected delays in progress works and a failure to secure new orders could pose risks to the brokerage’s target price.

Despite its positive take on the stock, Maybank has trimmed its FY21-FY23E earnings estimates to incorporate a slight delay in recovery at Gamuda’s tolled highways after taking into account actual traffic volume for FY20. 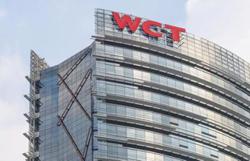