Bourse hopes homegrown unicorns will go public locally. (File pic shows a statue of a bull in front of an electronic board displaying stock prices outside the Indonesia Stock Exchange (IDX) in Jakarta.)

JAKARTA: The Indonesia Stock Exchange (IDX) plans to win over local tech unicorn listings by relaxing its rules this year after it was reported that three such companies were considering listing abroad.

IDX development director Hasan Fawzi said the bourse would pass regulations by July that would allow companies to go public using special-purpose acquisition companies (SPAC) and to issue dual-class shares, both of which have been hot topics among tech start-ups worldwide.

“The nature of these new types of economies is different from traditional companies, so we need to anticipate their interest in going public,” he told The Jakarta Post, referring to tech startups such as fintechs and e-commerce platforms.

A SPAC is a shell company that raises money through an initial public offering (IPO) for the sole purpose of acquiring another firm. Because SPACs have no fundamental operation, they can conduct due diligence faster than regular companies and, therefore, allow the acquired firm to be listed sooner.

Hasan went on to say that the IDX was in the final steps of opening the bourse’s Main Board to loss-making companies with high valuation and good growth prospects, a characteristic of many big tech startups.

Attracting tech startups is one of the bourse’s many strategies to deepen Indonesia’s shallow financial market whose market capitalisation-to-gross domestic product (GDP) ratio of 46.8% is the lowest among the Asean-6.

The IDX’s decision comes at a time when many unicorns want to go public as private investments dwindle. Unicorn funding in South-East Asia only reached US$3bil in the first half of 2020 compared to the US$5.1bil in the same period the previous year, according to the 2020 “e-Conomy SEA” report by Google, Temasek Holdings and Bain & Co.

“Securing funding in the near future will likely get increasingly difficult as investors shy away from heavy cash-consuming businesses,” the study noted.

The IDX also wants to introduce a dual-class shares system for listed companies, Hasan added. This would grant a startup’s founders and early backers greater voting rights than the public, even if they owned proportionally fewer shares than the public.

He said granting the founders greater voting rights was necessary because tech startups’ business development was very dependent on its founders’ ideas and innovativeness.

“Hopefully, there will be no barriers for these startup companies to list their company here (in Indonesia). They are, after all, an Indonesian company with operations and its largest customer base is in Indonesia,” Hasan concluded.

Bukalapak has become the latest unicorn reportedly considering going public in the United States through a SPAC. However, the company said it could not comment on its IPO plan at the time of writing.

Last year, Indonesia’s largest e-commerce platform, Tokopedia, appointed Morgan Stanley and Citi to advise on the possibility of a merger through a SPAC. The company also received a merger approach from blank-cheque acquisition firm Bridgetown Holdings Ltd, but they had not decided on a deal.

Tokopedia is also reportedly in talks to merge with Gojek ahead of plans to list their shares publicly. A listing of the combined businesses could raise as much as US$2bil, two sources told Reuters, in what would be one of the biggest IPO ever by an Indonesian company.

“We are considering accelerating our plans to become a public company. Currently, we are considering the market and methods for this step,” Tokopedia vice-president of corporate communications Nuraini Razak said in a statement.

Meanwhile, Traveloka is still deciding between an IPO or a SPAC, eyeing a valuation of US$5bil to US$6bil. Traveloka president Henry Hendrawan told Reuters in late 2019 that the company would consider a dual listing in Jakarta and in the US.

He said in an e-mail that the company had been approached by a number of SPACs and the conversations were “progressing rather quickly”.

“As a company with Indonesian heritage, Traveloka still places the IDX as a listing location for consideration. The US market, at the same time, is also proving to be more and more interesting,” Reza said, adding that Traveloka saw a positive outlook in the US capital market for travel companies.

SPACs have become increasingly popular in the US and Europe. SPACs listed in the US have raised US$60bil in the first two months of 2021, already more than 70% of last year’s annual deal value, Reuters reported.

However, Artha Sekuritas vice-president Frederik Rasali said that while startups would be interested in Indonesian SPACs, Indonesia might not see a similar SPAC boom as in the US. One of the reasons, he said, was because SPACs did not match Indonesia’s investors’ profile. — The Jakarta Post/ANN
Article type: metered
User Type: anonymous web
User Status:
Campaign ID: 46
Cxense type: free
User access status: 3 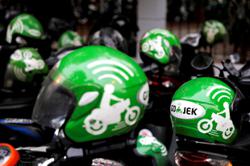