Analysts have largely maintained their positive calls on the integrated plantations company given its stellar 1QFY21 showing.

RHB Bank noted that the company’s 1QFY21 core net profit came in above its and consensus’ estimates, at 31%-33% of FY21 forecast core earnings. This was mainly due to higher-than-expected contributions from its manufacturing division, which saw improved margins, as well as higher-than-expected contributions from its Australian farming division which posted earnings of RM47.1mil (from RM8.1mil a year ago).

“For FY21F, KLK maintains its FFB growth projection at 10% y-o-y, (excluding contributions from recent land acquisitions) on the back of 12,000 ha of new area coming into maturity.

“Although output growth in the four months of FY21 has improved slightly to -0.1% y-o-y, we maintain our 3%-4% growth projections for FY21-22, to be conservative, ” RHB said in a note yesterday.

The research house added that estimated unit cost had dropped by 10% y-o-y in 1QFY21, likely due to the wet weather during the period, which could have prevented full fertilisation activities. Unit cost in FY20 was at RM1,465 per tonne and management expects to be able to reduce this in FY21F on the back of higher FFB output.

RHB maintained its “buy” rating on the stock with a slightly higher target price of RM27.80.

Likewise, Maybank IB Research kept its “buy” call on KLK with a new target price of RM29.80 while Kenanga Research retained its “outperform” call with a slight increase in target price at RM26.80.

Kenanga cautioned that risks to its call include a sharp decline in CPO prices and a significant rise in fertiliser and transportation costs.

The research firm has also incorporated RM55mil and RM48mil in EBIT contributions for FY22-23 as KLK’s new medical gloves venture is expected to kick in from FY22 onwards.

The facility in Ipoh, with an estimated capex of RM200mil, will come with 15 production lines with a total capacity of 4.5 billion pieces of gloves per year.

Meanwhile, Public Investment Bank kept its “neutral” call on KLK with a target price of RM25.41.

“The household and industrial glove products are mainly catered for the US and European customers. We forecast that the medical glove venture could potentially contribute an additional of 10%-26% to our FY22-23F earnings projection, ” said Public Investment.

It noted that management has allocated a capex of RM1bil for FY21, out of which 65% will be spent on the plantation segment for rebuilding of two palm oil mills in Sabah, replanting of 10,000 ha oil palm estates and a new refinery with a capacity of 2,000 tonne a day in East Kalimantan.

The remaining 30% will be spent on the oleochemical plant upgrade and a new medical glove plant.

“It also shared that the revised export levy in Indonesia has resulted in a lower CPO price of RM2,800-RM2,900 in Indonesia or RM1,000 discount to Malaysia’s CPO price. This has led to a significant cost advantage for Indonesian oleochemical producers and refiners. 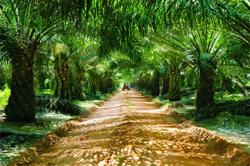