Known as Nature’s Capital City, Sunway City Iskandar Puteri lies on the riverine of the Pendas River and overlooks the Straits of Johor.

AS a master community developer, Sunway started its first project in township development over 40 years ago. Sunway City Kuala Lumpur was transformed from a mining wasteland into a thriving township of 200,000 and is now globally known as one of the best tourism destinations as well as a value-generating hub for the nation.

Then the developer embarked on its second project – Sunway City Ipoh. There, Sunway Property worked to create a township surrounded by limestone hills and natural hotsprings. A sleepy hollow pre-1995, Sunway City Ipoh is now Perak’s largest integrated township – an economic driver of the eastern corridor of Ipoh, and an icon for sustainable development.

Known as Nature’s Capital City, Sunway City Iskandar Puteri in Johor is a result of Sunway Property’s experience from building the two aforementioned townships. As Sunway’s largest township yet, the communities will be spoilt for choice. There is an array of entertainment and amenities located within and around the township. Moreover, with the launch of the Coastal Highway Southern Link (CHSL), Sunway City Iskandar Puteri is located a 5km-driving distance to the Second Link Expressway via the CHSL.

With 728 hectares and more than RM30bil in gross development value (GDV), Sunway City Iskandar Puteri is one of the first townships in Johor to be awarded the GBI silver rating.

The township has won the Best Comprehensive Township Award for three consecutive years and the Best Southern Developer last year at the StarProperty Awards. Besides the awards, Sunway City Iskandar Puteri is the first developer to be listed in the Malaysia Book of Records for introducing online customisation for its notable project – the Sunway GRID.

Recently, they also picked up the “Best Green Product and Technology” and “Special Awards on Sustainable Development Goals” for the integration of solar panels within Sunway City Iskandar Puteri’s township and other sustainable initiatives at the Malaysia Green Building Council’s Leadership in Sustainability Awards 2020. 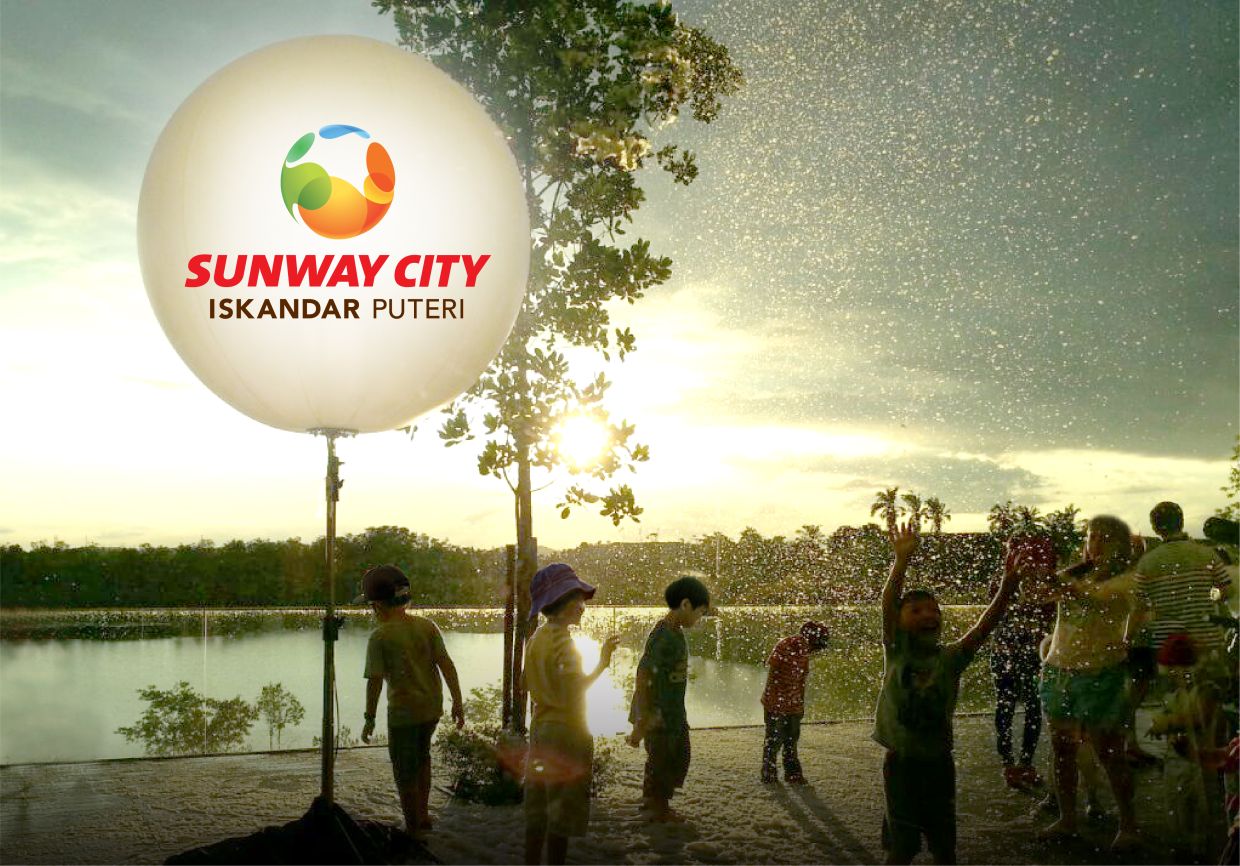 Sunway Property started the township seven years ago, with the mission to plant a community seed in Sunway City Iskandar Puteri. The developer had plans to nurture and foster a vibrant community in Iskandar Malaysia through its largest township modelled after its successful flagship township Sunway City Kuala Lumpur and Sunway City Ipoh.

Sunway City Iskandar Puteri is crafted into six beautiful precincts – The Lakeview Precinct, The Parkview Precinct, The Marketplace Precinct, The Seafront Precinct, The Capital Precinct and the Riverside Precinct. Each precinct is designed to be a self-sustaining integrated city with a wide range of amenities and conveniences such as a theme park, retail malls, education hub, medical city, and more.

The township is a perfect place for buyers who are looking for properties with amenities and facilities within a 15-minute walk from where they can live, work, play and learn. The first integrated development was developed at the Lakeview precinct with a beautiful view of the 8ha-Emerald Lake. Overlooking the seafront precinct is the Sunway Citrine collections.

The Sunway Citrine Residence is located just 500m away from the Seafront precinct. It comprises 328 residences, 167 office suites, and 51 retail space managed by Sunway. The developer’s Sunway Citrine Office Suites was completely sold out when it was first launch 2014. The integrated quality made the development the first choice among buyers. The Sunway Citrine won the Best Integrated Awards (Excellence) at the StarProperty Awards.

What are the amenities in Sunway City Iskandar Puteri?

1. XPARK Sunway City Iskandar Puteri is one of the largest extreme and adventure park in Malaysia. XPark Sunway City Iskandar Puteri proudly presents 13 hectares of action-packed space promising extreme fun for all, offering non-stop adrenaline-pumping activities immersed in the site’s spectacular surroundings to become the main destination for sports enthusiasts from all over the country and the community in Johor. The activities offered are go-kart, ATV, watersports, mountain biking, motocross, rock climbing, archery, paintball and many other interesting activities. There is also the XPark glamping villa for those who love nature and a short gateway.

Sunway Emerald Boulevard 88 is set to complement the integrated lifestyle within the township. Located just next to the Sunway International School and Sunway Big Box and a walking distance to Sunway Citrine Residences and Sunway Emerald Lake, the hub is famous for its notable instaworthy cafes such as Miyakori, Starker’s (first zero-waste café in Johor), Burger Bandit, Korean restaurants and more. It is the most popular avenue for new investors who are looking for investment or expanding their business opportunities in Sunway City Iskandar Puteri. The commercial hub shares the same five core elements of city: connectivity; amenities; security; community; and; environment and sustainability.

What are the plans for Sunway City Iskandar Puteri?

In 2021, Sunway City Iskandar Puteri is looking to complete the Sunway GRID Residence and the first Sunway Big Box Hotel will also be opening. In the same year the developer also will be launching its latest residential duo living landed homes – Sunway Maple Residence.

In 2022, expect the opening of the first government Chinese school SJK(C) Cheah Fah and the completion of the Sunway Bog Box office tower. Besides that, the development also aims to open its second Starbucks concept store with drive-through facility. The master community developer will also be focusing on eco-tourism initiatives such as solar and farms, XPARK expansion for motorsport and a global learning village in Sunway City Iskandar Puteri.