Until then, Felda had been pussy-footing on a move to take FGV private. The innuendo from Felda to take back FGV into its fold was clear. It wanted to terminate a land lease agreement (LLA) between the government-owned authority and the listed company FGV to help it restructure its finances.

The agreement can only be terminated if FGV is taken private. Two months after the offer from Perspective Lane, Felda launched a general offer for FGV. At the time of writing, it has accumulated more than 54% and the share price is just above its offer price of RM1.30. If the share price continues to be on the uptrend, Felda has to increase the offer price if it wants to take FGV off Bursa Malaysia. 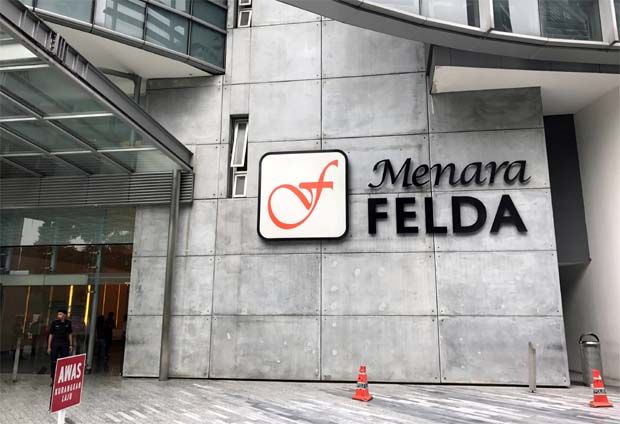 The high-profile listing saw FGV scooping RM4.5bil and Felda another RM5.7bil. Both Felda and FGV, then under the stewardship of Tan Sri Mohd Isa Samad, went on a shopping spree buying assets that turned out to be duds and not giving the kind of yields expected. Felda has been losing money since 2013 while FGV’s performance is a far cry from any investor’s dream.

FGV’s return to shareholders since its listing has been in a deficit of more than 70%. Even the FBM KLCI, which is the benchmark index of Bursa Malaysia, and the plantation index have outperformed FGV in the last eight years. To some members of the FGV board, its listing was not a mistake. The problem, they contend, is that the money raised from the listing was not well utilised.

But there is also another view that sees Felda and FGV as political vehicles governing 54 Parliamentary seats. Any amount of money these companies have will never be enough to meet the obligations of the political masters who actually pull the strings of these companies. The current chairman of FGV, Datuk Wira Azhar Abdul Hamid, is overseeing a transformation plan for the plantation group to have better finances and governance. Under his stewardship, FGV has fewer politically appointed members to the board. But Azhar’s appointment itself is subject to the discretion of the government.

The point is he can be easily replaced and his transformation plan can be altered or put on the back burner by the political masters in control of Putrajaya. FGV accounts for some 15.5% of Malaysia’s crude palm oil production and is certainly a heavyweight among plantation stocks. But if not for the offer from Felda to take it private at RM1.30, would the stock be trading at current levels?

It is highly unlikely, even though crude palm oil is close to its historic highs. This is because most plantations have been hit by low production and face difficulty in harvesting the fresh fruit bunches (FFB) due to a shortage of manpower. In this respect, FGV is not exactly the most efficient of plantation companies. Moreover, even the key members of the transformation plan and Koperasi Permodalan Felda (KPF) do not have faith in the long-term prospects of the plantation stock.

They have sold FGV shares below the RM1.30 offer price, even as late as November this year. KPF has long been seen as an entity that effectively represents the interest of settlers, considering that its membership comprises settlers only.

But it has less than 3% in FGV, underlining its pessimism about the plantation group. Now that there is an offer of RM1.30 per share, why should the management, KPF or any settler feel that it is unfair? The independent adviser (IA) says that the offer price is not fair but the offer itself is reasonable and recommends that investors accept the deal.

One reason given by the IA is that Felda has already more than 54% in the company and would be able to see through most resolutions unless on matters pertaining to related party transactions. However, the independent directors of FGV, in a rare move, disagreed with the IA, stating that the offer price is too low and that the management is on track for a transformation with a new team comprising professionals driving changes and improving accountability from 2019. The independent directors have stated that the management has been implementing a transformation programme since 2019, focusing on improving the operations and strengthening governance and accountability to shore up FGV’s position as a listed company.

But FGV is a political hot seat and there is no guarantee that the existing management would continue to stay at the helm to see through the transformation. Moreover, with politically-driven Felda holding more than 54%, what can minorities do to prevent any resolution from going through? Even if Felda does not increase its offer price, it has firm control over FGV.

Everybody on the board can easily be replaced if Felda chooses to do so. Since its listing, FGV has increased its land bank size and improved the average age profile of plantations. But despite that, the share price continues to languish.

The reason is likely that FGV has lost its appeal as a listed company. It does not exude confidence that it would be able to operate as an entity answerable only to shareholders and allowed to make commercial decisions without being dictated by some unseen hands in Putrajaya.