Perodua sold 25,171 units in December 2020, its second highest monthly sales for the year. Myvi, Axia and Bezza continued to be its best-selling models in 2020.

recorded vehicle sales of 59,320 units in 2020, following strong sales by the group and its 38% associate Perodua.

This exceeded its 53,000-unit sales target by 6,320 units or 11.9%, with the Toyota Vios, Yaris and Hilux being UMW Toyota Motor’s (UMWT) best-selling models for the year.

Sales were driven by the sales and service tax (SST) exemption effect, which started on June 15,2020 and was recently extended until June 30,2021.

The SST exemption is 100% for locally-assembled cars and 50% for fully-imported vehicles.

UMW Toyota Motor (UMWT) registered its highest monthly sales for the year with 9,246 units in December 2020.

This year, the newly-enhanced Toyota Vios and Yaris which were launched in December 2020 and planned new model launches are expected to drive sales.

Perodua Myvi, Axia and Bezza continued to be its best-selling models in 2020.

“The demand recovery in the second half of last year was driven by the sales tax exemption given by the government under the Penjana (Pelan Jana Semula Ekonomi Negara) initiatives, ” said UMW Holdings president and group chief executive officer Datuk Ahmad Fuaad Kenali. 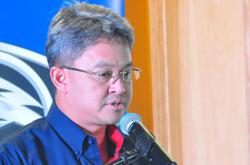 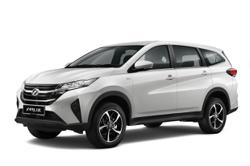