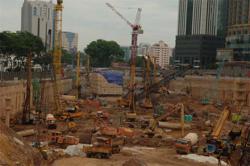 Analysts remained positive about the company’s prospects as its 1QFY21 core earnings came in above expectations.

AmInvestment Bank said VSI’s 1QFY21 core profit of RM67mil was its highest ever quarterly net profit to date, rising 35% year-on-year (yoy) due to better sales mix in Malaysia thanks to its more diversified clientele which boosted segment profit before tax by 42%.

This was despite total revenue declining 5% y-o-y due to lower revenue contribution from China, the research house noted.

“VSI has commenced the production of motorised printed circuit board assembly for a customer which was secured in August 2020, while coffee brewer and pool cleaning customers expect orders to continue to grow in FY21, ” it said.

Three models are already in production for its US-based customer and four additional models are expected to come in gradually by 2HFY21.

Additionally, its Indonesia business returned to the black in 1QFY21 after securing a new customer which will see satisfactory results for FY21.

Meanwhile, China will continue its loss-minimising efforts in FY21, with its streamlining exercise seeing positive results so far, AmInvestment said.

A capex of RM200mil has been allocated for FY21 for the new land and buildings, new machinery and upgrading and maintenance for its existing machinery.

“We continue to like VSI due to its strong order growth supported by its key customers’ product launches, its ability to offer turnkey EMS solutions as a vertically integrated player and its efforts to diversify its customer base with opportunities secured from the US-China trade war diversion, ” AmInvestment said.

The research house maintained a “Buy” call on VSI with unchanged forecasts and fair value of RM2.75.

Meanwhile, Maybank IB Research kept its “Hold” recommendation on the stock with an upward revision of its FY21-23 estimated net profit by 6%-8%.

“VSI has a healthy net cash of RM202mil as of end-Oct 2020 which also supports future M&A activities, if any.

“Nonetheless, at this juncture, we expect VSI to focus on their existing customers and would not onboard new sizable customers in the near-term, ” said Maybank IB.