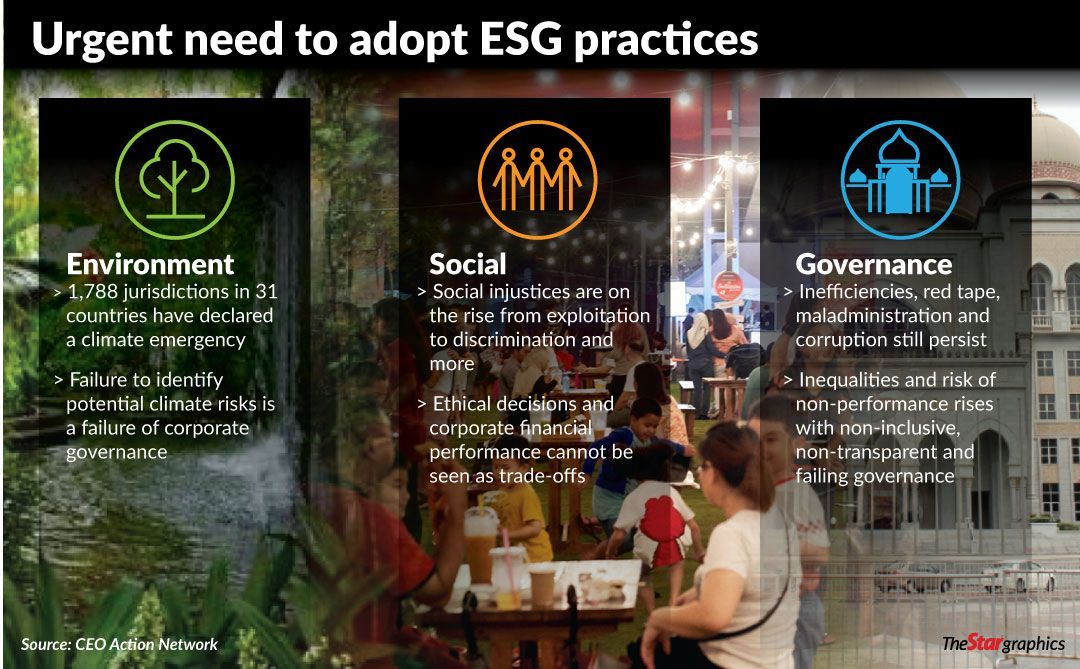 PETALING JAYA: Industry captains are marching forward to adopt the best environment, social and governance (ESG) practices as part of their strategies – a topic which has come to the fore as economic conditions remain subdued – to ensure sustainability of their organisations.

The Covid-19 pandemic that is plaguing the entire world has put companies through an extreme stress test, alongside issues of climate crisis and social injustice.

While companies with deep pockets have little problems in seeing through the pandemic, what investors are concerned about is more than just balance sheets and profit and loss statements.

Stakeholders, including investors, feel the adoption of the best ESG practices were now a need, not a want, as it ensured that companies were well-run. 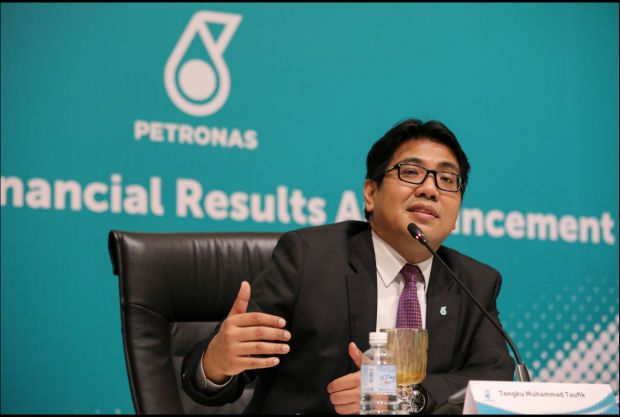 It was exactly 19 years ago in October 2001 when Enron Corp shocked the world after it was unearthed that the company was embroiled in an accounting scandal, which led to its bankruptcy two months later, the largest in the United States until then. Then a Wall Street darling, the company also dragged its auditor Arthur Andersen down with its demise.

The term corporate governance has been around since the 1970s but it was not until the Enron scandal that it rose to the forefront of corporate prominence.

independent non-executive director Datuk Seri Ahmad Johan Mohammad Raslan said leaders in the room recognised that they have a massive role in driving sustainability for the good of their companies, the people and the country.

“On the social side, especially with Covid-19, we’ve seen companies in Malaysia recently that were taken to task for not really considering the workers (well-being).

”The observers and stakeholders are talking not just about Malaysian workers but the migrant workers as well. The goalpost has really changed in our country and social injustice is on the rise and very much in the spotlight, ” he said, adding that corporate governance is of huge importance but failures were seen.

Ahmad Johan stressed that businesses must always be ready and ahead of the curve because anything could change the playing field overnight, such as a change in laws and regulations.

“Businesses do not operate in a complete vacuum. All of us use some kind of natural resource and that’s finite. We also need to have a successful society which is thriving or else, the businesses suffer. It’s not all just about shareholders and the next dividend. It’s the stakeholders out there, ” he said.

PwC recently forecast that by 2025,57% of mutual fund assets in Europe or 7.6 trillion euros (RM37.27 trillion) will be held in funds that consider ESG factors.

Some 77% of institutional investors surveyed said they planned to stop buying non-ESG products within the next two years.

“There needs to be a distinction there. Perhaps sustainability is only seen as a burden, a new cost but the prospects and opportunities presented by sustainable practices are in fact, rather immense.

“At Petronas, we are committed to the sustainability agenda, which we apply through four lenses which have been aligned to the United Nation’s Sustainable Development Goals, which include climate action and affordable and clean energy.

“For the longest time, Petronas has been known for responsible governance. This has done wonders for us and it bodes well for our future. We believe these practices must and shall continue, ” he said.

“Intention without action is normally useless. We also believe the action starts at home. Each one of us should be embracing at least one of the multiple dimensions that you have behind this topic. Sustainability is just too broad. We can talk about sustainability for hours but if we don’t land anything concrete, nothing will happen, ” he said.

CEO Datuk Abdul Rahman Ahmad said that as Malaysia grappled with the grave economic and humanitarian consequences brought about by the pandemic, there was an urgent need for companies to remind themselves of the critical importance of sustainability and the need to assess the way they conduct their businesses.