It’s revival with a V for homes 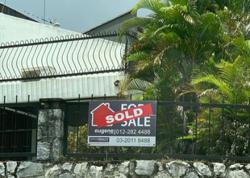 “I am not saying the market is fantastic but, yes, the market has recovered somewhat from the March-April dip, ” says Lim Boon Ping, President of the Malaysian Institute of Estate Agents.

PETALING JAYA: If there is any nugget in today’s prolonged property slump, it is that the residential market has a V-shaped recovery after the March-April 2020 movement control order, says the Malaysian Institute of Estate Agents.

Its president Lim Boon Ping said the property market recorded a sharp decline in the first half of 2020 compared with a year ago, and this was duly captured by the National Property Information Centre (Napic) Property Market Report First-Half 2020.

There was a dip in transactions, but this was more because buyers could not formalise their purchases. “The market did not crash, ” he said.

But if one were to look at the January-June residential figures, there is an obvious V-shaped recovery with both transactions returning to January 2020 level.

The residential sub-sector has generally led the overall property market with a 65.2% contribution, according to the Property Market Report First-Half 2020.

“I am not saying the market is fantastic but, yes, the market has recovered somewhat from the March-April dip, ” Lim, who is a director at Kim Realty, said.

“This is what the official data is telling us now. After June, we expect July and August 2020 to show improvement in market activities, ” he said.

He said the Malaysian property market has been a buyer’s market the last four years or so. It is expected to continue this way for the next couple of months, he added.

Lim said he expected “some market adjustments” ahead but does not expect the market to crash, due to low interest rates and government’s interventions and aids. However, he acknowledged that the world is going through uncertain times.

“Developers are not dropping prices but they are giving all sorts of offers, which effectively represents a drop in pricing, although this is not reflected in the official figures.” 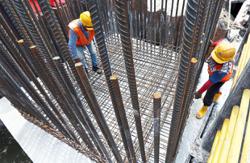