New work trends: Many are turning to the gig workforce for work flexibility and to supplement incomes.

AS organisations evolve due to increased digitalisation and work requirement changes, short-term employees and gig workers may become a more prominent component of the labour market.

Granted, part-timers and freelance workers have been around for decades. But these jobs have become more pronounced in recent years due to growing Internet penetration, the rise of digital platforms and improved smartphones.

Lee points out that data from the World Bank shows that about 25.3% of the Malaysian workforce in 2018 were freelancers and that this number was expected to grow as more people opt for flexible working hours. She also highlights a study on agile workforce by Zurich-University of Oxford, published in January, which found that 38% of the 1,118 respondents in Malaysia who were in full-time employment were looking to enter the gig economy in the next 12 months.

“One must bear in mind that this study was conducted prior to the pandemic and this percentage is likely to increase further. Many gig workers are from the younger generation who are technology-savvy. With millennials and the Gen Z set to dominate the future world of work, the growth rates for gig workers will continue to increase at an even faster pace, ” she says.

Having the flexibility to work when they want to and the freedom to choose the type of work that they do are among the factors driving more people to seek opportunities in the gig economy. Additionally, leading platforms such as Grab, GoGet and Kaodim have made such jobs more accessible by connecting gig workers to available jobs.

But in recent months, another key driver for gig workers is simple economics.

Companies have been downsizing their operations or have cut salaries to cope with slower sales during the movement control order period. With further automation on the cards, firms may also have a different requirement for workers in the longer run.

“Flexibility is only one aspect of the benefit which attracts people into the gig economy. Many also see the potential of earning more money by participating in the gig workforce. For the older segment of the labour force, some do not find job security although they are employed full time. Many of them fear retrenchment due to their age and replacement by younger employees who might demand a lower salary and are more productive.

“People are gravitating towards the gig workforce to supplement their income or simply because they cannot find traditional full-time employment. Traditional full-time salaried jobs may become increasingly scarce even after the economy recovers from the pandemic due to the increasing trend of companies outsourcing some of the task-level work outside the firm, ” Lee adds.

Demand wise, she believes more companies will start contracting independent workers for short-term engagements to increase flexibility and efficiency, thus, reducing the cost of doing business for them. Firms are slowly resorting to digital platforms for on-demand or professional services.

For example, retailers rely on on-demand delivery services such as Grab to expand their business online. Platforms such as GoGet are also moving towards offering solutions for businesses looking for on-demand short-term workers.

While Lee can’t put a finger on how fast gig work will grow, she estimates growth rates could exceed 50%.

With more workers and companies potentially turning to the gig economy for flexibility, there is a growing need to address certain gaps in the labour market to ensure better protection for this group of workers.

In June, non-profit think tank Research for Social Advancement (Refsa) urged for a reclassification of gig economy workers as “independent employees”. Currently, they are being treated as a separate silo of the economy with its workers facing many social and economic adversities and they are often exploited by platform providers.

The report noted that a regulatory framework is essential as it will provide social benefits that workers currently lack such as the Employees Provident Fund (EPF) and Social Security Organisation (Socso).

“Although flexibility is a benefit for the workers, there are concerns around income instability and protections connected with standard employer-employee relationships, including retirement plans, health insurance and paid leaves, ” says Lee.

Another element that is lacking in the gig economy is access to training and upskilling. In the current environment where there is a strong emphasis for employees to be reskilled or upskilled to remain competitive, such opportunities are not open to gig workers.

Monash’s professor Eduard Bomhoff notes that in the gig economy, training is no longer provided by corporations.

“For example, a solo lawyer has no opportunity to learn from colleagues in a large law firm. Thus, the solo lawyer can make more money by saving on corporate overhead, but misses out on further training which would be part of his or her compensation in a larger firm, ” he says.

Lee adds that low-skilled gig workers are one of the biggest worries for most countries as there is no way for them to expand their skills or move up the value chain. In this respect, private firms will need to be incentivised to provide training and skills upgrades to allow more jobs to be created for the gig workers attached to them.

Businesses will also need to rethink some of their human resource policies, particularly those that will be working with a larger pool of gig workers in the longer term.

But unless there are reforms to the employment law to protect gig workers, there is likely to be little changes made by companies now to come up with better practices on a voluntary basis.

However, Lee says there is a rationale for companies to start looking into those changes.

“And companies that can provide better benefits will attract better quality gig workers. Some of these benefits can include EPF, access to training and insurance coverage, ” she says.

“However, all the efforts will be in vain if the workers are not self-motivated.

“Self-motivation has always been a challenge for workers in the gig economy. Unlike a formal long-term attachment with a company, gig workers can take a break whenever they feel like it due to the flexible nature of their jobs.

“In fact, some companies have already been looking into ways to motivate these workers to take more clients with different incentive schemes, ” Lee adds.

Refsa also recommended that workers be granted the right to form labour unions and collectively bargain against platform providers as well as the introduction of a tax system via a platform-to-government data sharing system.

“The gig economy is a way of externalising cost as it allows some sectors of society not to pay the true costs of making profits. To ensure that the society as a whole does not pay the costs of the gig economy – like when the government subsidises gig workers, the taxpayers pay for it – labour market regulations should be extended to include some gig workers.

“In other words, the cost of extending benefits like EPF, Socso and health insurance to these workers should be borne by the profit-making firms, similar to full time employees and their employers contributing to EPF.

“Understandably, the complex supply chains and subcontracting make it difficult to enforce protections and we need to have some right level of regulations. We must find the right balance in regulating the labour market, ” says Lee. 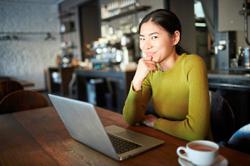