is planning to invest RM50mil to expand its manufacturing capacity to cater to growing demand from existing and new customers.

The installation and commissioning of the additional glove-dipping lines and new cleanroom processing facilities is expected to be completed in 18 months.

"This increase in capacity is expected to contribute significantly to the company's sales going forward," he said.

The company said the capacity expansion would be funded via internally generated funds and/or bank borrowings.

CE Technology on Tuesday has announced a plan to increase its raw nitrile gloves manufacturing capacity to 70.5 million pieces a month via the addition of three double former glove dipping lines.

It is also planning to increase its cleanroom post-processing capacity to 83 million pieces a month.

Shares in CE Technology are listed on the LEAP market. 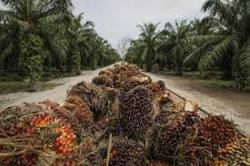