The Institute for Democracy and Economic Affairs';''' Carmelo Ferlito says a property represents “a safe harbour” for many.

FOR eons, properties have been an investment of choice. It still is. But the convolution of economic, financial and health issues, coupled with inherent setbacks within the sector and the lack of clear leadership direction have added pressure on the sector.

Nonetheless, senior fellow at The Institute for Democracy and Economic Affairs Carmelo Ferlito says a property represents “a safe harbour” for many.

Giving a quick review of the sector, Ferlito, who is also the director at Centre for Market Education says the broad property market is experiencing contrasting tensions as a result of the movement control order (MCO), which was imposed on March 18 to fight the Covid-19 pandemic.

On one side of the spectrum is the low and middle-income group. They remain prudent and conservative, and may be not considered as within the property-buying basket.

At the other end of the spectrum are those who continue to view housing investment as “a safe harbour” in today’s low interest rate environment.

This second group are the ones who can afford it and they will consider a purchase despite the general contentious economic and financial environment Malaysia, and the world, is facing today, according to Ferlito. This group may consider buying a property directly from developers, or from the owners in the sub-sale or secondary market, which generally make up about 80% of total residential transactions every year.

The secondary market is not entitled to the stamp duty waivers under the re-introduced Home Ownership Campaign (HOC) until May 31,2021.

Ferlito does not expect these waivers to boost the market significantly.

“I don’t think that the stamp duty waiver is a ‘big’ or ‘decisive’ incentive. I think its role has been overestimated, ” he says.

Ferlito says choices have also opened up, as a result of the weak market, in auctions.

“In moments of crisis, the number of units coming under the hammer usually increases. They could be a growing part of transactions going forward, ” Ferlito says.

Property Auction House executive director Danny Loh had, in that webinar meeting, said that he is anticipating a challenging post-loan moratorium period, a July 21 note from CGS-CIMB said.

Loh had anticipated foreclosures to pick up after Sept 30, when the moratorium ends.

That deadline has now been further extended by another three months to Dec 31. It will be more targeted for those who have lost their jobs and need assistance, the government says.

“This three-month extension is not across the board.

“It is done on a more selective basis. So it is not expected to help much. It is just extending the pain.

“The moment of truth will arrive after that. So cases will rise (after December). Who knows? Property prices may decline even more by then. This will mean more pain, ” he says.

Loh says the ringgit value of residential and commercial auction properties in 2019 rose significantly versus 2018, with most of them skewed towards newer properties instead of older properties.

The sharp rise in ringgit value within the residential segment is likely due to more aggressive new launches with low entry costs, higher financing margin from banks, more investment activities and slower price appreciation over the past few years.

The higher foreclosure of commercial units is likely due to more housing projects being built under integrated development, a change in business model from brick-and-mortar to online platforms, and slower economic growth in recent years, Loh says.

A source from Lelongtips.com says there are expectations for foreclosures to rise.

“Otherwise, there is no need for a loan moratorium, or its extension, ” he says.

He says 10,301 properties went for 13,403 rounds of auctions for January-June, some having gone through two to three rounds auction, with a 10% drop in reserve price each time.

In its July 21 note, CGS-CIMB said: “We gather that the auction property market is likely to gain traction in future as financial institutions intensify their recovery efforts, increased handover of completed units and weaker property prices due to more auctions and a more competitive property market.”

Last Saturday, the Public Sector Home Financing Board (LPPSA) said it would be offering more about 250 units in a public auction scheduled for Aug 15, worth about RM40mil.

According to two sources from different auctioneers, the board holds a public auction once every three months.

The units entered the market when owners retire or quit the civil service. Even as concerns and pressure continue to build up around foreclosures going forward, some developers are reporting brisk sales.

A visit to a small developer launching its maiden project on a Wednesday afternoon on July 29 indicates there is interest in the market. Over a two-hour period, there was a steady stream of potential clients walking in.

Two real estate agencies have been hired to market two blocks comprising about 940 units. About 30 units from the first block of 480 units remain, prompting the developer to open up the second block for sales.

Sales started before the MCO, so there was a break of about 10 weeks.

“We were wondering if there was life, any future in this project in April. We returned to work on June 1. We were surprised to sell anything but we did.

“Bookings doubled in the second week and triple in the third. We have been having a steady stream of potential buyers since, ” says one of the company’s marketing employees.

This smallish contractor-turned-developer is not the only one surprised, but pleased, with the interest so far. The source hopes this interest will be converted into real sales as in the signing of the sales and purchase agreement.

Other property companies have also reported good sales after a slow Januarty to March quarter.

said its various online campaigns from March 25 to July 5, garnered more than 740 property bookings within the Greater Klang Valley and Johor worth about RM680mil.

This was achieved despite the closure of its sales galleries, or operations at half capacity, during the MCO period, the company says. Mah Sing Group Bhd

also reported good sales and is confident of achieving its RM1.6bil sales target for this year. 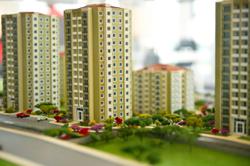 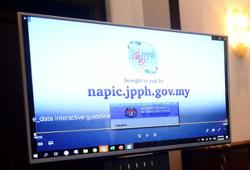