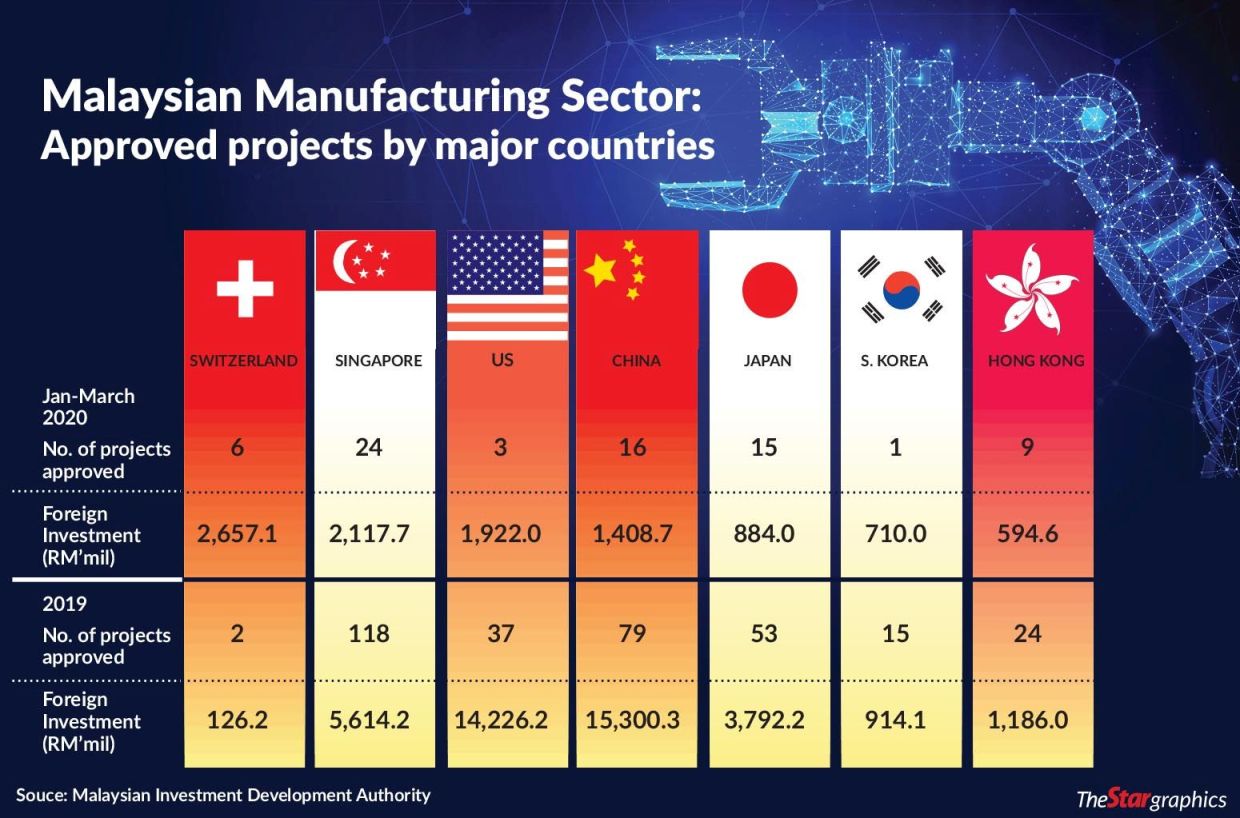 PETALING JAYA: As more Japanese firms in China pack their bags and shift their focus to South-East Asia, the battle to entice these potential investors has turned fiercer, especially for Malaysia with the competition coming from low cost manufacturing countries in the region.

The fact that only four Japanese firms will be shifting their production base to Malaysia, in contrast to 15 companies to Vietnam following Japan’s recent decision to pay for the “China exodus”, raises concerns on whether Malaysia is losing its shine in the eyes of global investors - in this case, Japan.

To be sure, Japan has remained as one of Malaysia’s top investors over the years. In 2019 alone, the approved manufacturing projects from Japan were 53 and cumulatively worth RM3.79bil.

When contacted by StarBiz, Malaysian Investment Development Authority (Mida) chief executive officer Datuk Azman Mahmud clarified that the number of firms that are subsidised by the Japanese government to move out of China does not reflect a lack of interest in Malaysia.

He further added that the current pace of Malaysia’s economic development does not support labour intensive and low value added industries.

“This is a natural progression of economic development of a country which moves up the value chain. Our focus now is on attracting investments that are of high value added, knowledge based and high technology.Notably, we are seeing an increasing trend of new approved and realised investments in activities in these areas, particularly in the electricals and electronics industry, ” he said. Azman pointed out that Mida is currently pursuing a total of 109 project leads from Japanese companies.

“These projects might not be eligible for the Japanese government’s subsidies as they do not fulfill the necessary requirements, hence it is to Malaysia’s benefit to rake in investors in these areas that are looking for cost competitive locations. “The country’s priority is not about the number of investors or absolute value of investments but to bring in high value-added investments that can help revive the economy, ” stated Azman.

Recently, Japan’s Economy, Trade and Industry Ministry announced that a total of 87 firms will be paid to shift their production out from China, in order to reduce reliance on the world’s second largest economy.

While 57 of these firms will head to Japan, the remaining 30 firms will shift production to South-East Asia. Vietnam is the clear winner of the production shift, as 15 firms have chosen the emerging country as their destination.

AmBank Group chief economist Anthony Dass, (pic below) who is also member of the Economic Action Council secretariat, said that the greater appetite of FDIs to Vietnam is partly due to competitive labour costs, with minimum wages falling between US$132 and US$190 per month.

He added that it may be difficult for Malaysia to compete with Vietnam or other low-cost manufacturing countries for labour-intensive investments. “It all depends on the type of investment, ” Dass said.

Meanwhile, SERC’s Lee said it is inevitable that Malaysia will continue to face stiff competition from its peers in Asean to attract global FDI, especially during the trade war and pandemic outbreak as part of foreign multinational corporations’ investment diversification strategy to avoid the supply chain disruptions.

“Looking ahead, the competition game will step up post the Covid-19 pandemic amid the expected sharp fall in global FDI flows by between 5-% to 5% in 2020, ” he said.

On Malaysia’s competitiveness in providing a suitable environment for investors, Lee said that the government must further streamline the impediments to investment in the country.

“These include cumbersome procedures faced by local entrepreneurs to start and operate a business, domestic companies spend an average of 174 hours annually to comply with fiscal obligations (paying taxes), slightly more than the OECD high-income average of 159 hours as well as legal rights and enforcing contracts.

“There have been no reforms in these areas over the last five years and hence, it is crucial to enhance regulations that protect the rights of lenders and borrowers, and improve the efficiency of the judicial system. 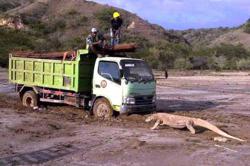