Chesapeake said it had voluntarily filed for Chapter 11 proceedings, which allow a company that is no longer able to repay its debt to restructure without pressure from creditors.

Washington: Chesapeake Energy, once a leader in the United States shale boom that transformed global energy markets, said it had filed for bankruptcy Sunday and entered restructuring to deal with US$7bil in debt as it reels from the impact of the coronavirus.

The Oklahoma-based oil and gas producer, which runs fracking operations in from Texas to Pennsylvania, said the move was necessary despite efforts to improve performance and reduce how much it owes.

“Our legacy debt and contractual obligations have proven too onerous amidst an unprecedented commodity pricing environment, ” it said in an FAQ about the decision.

Chesapeake said it had voluntarily filed for Chapter 11 proceedings, which allow a company that is no longer able to repay its debt to restructure without pressure from creditors.

“By eliminating approximately US$7bil of debt and addressing the legacy contractual obligations that have hindered our performance, we are positioning Chesapeake to capitalise on our diverse operating platform and proven track record of improving capital and operating efficiencies and technical excellence, ” said CEO Doug Lawler in a statement.

“In addition to securing financing to fund our ongoing operations and facilitate our exit from this process, we are pleased to have the support of our term loan lenders and secured note holders to backstop a US$600mil rights offering, ” he added.

The US shale industry was launched by medium-sized and smaller producers, using production techniques like fracking, opposed by environmentalists as they engineered a drilling boom in several states.

The shale boom lifted the US past Saudi Arabia to become the leading oil producer in the world, a distinction won through billions of dollars in loans eased by low interest rates. — AFP 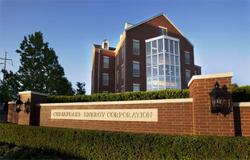 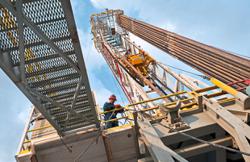 Chesapeake Energy to file for bankruptcy