In a statement today, the company said Ahmad Shahizam was expected to formulate new strategies and helm KPJ’s journey in the digital era as the leading healthcare provider in the region.

He graduated with a Bachelor of Laws (LLB) degree in 1994 from the London School of Economics & Political Science, University of London. In 2008, he earned his Master in Public Administration degree from Harvard University, United States.

Ahmad Shahizam, 49, began his career with HSBC Bank Malaysia in 1994 in commercial banking.

He subsequently worked in the capital markets as an investment analyst at ING Barings and Salomon Smith Barney until 2003. He later joined Khazanah Nasional Bhd as a senior vice president in 2004.

His involvement in the healthcare sector further widened into other organisations including being a board member of Malaysia Healthcare Travel Council and advisor to a number of healthcare-based technology start-up companies.

During his seven-year stewardship, the group's revenue grew by over 70 per cent since 2012. The number of KPJ specialist hospitals in Malaysia also increased to 28 as at end-2019 from 22 hospitals in 2012. 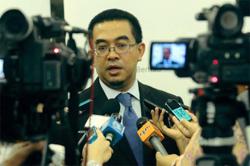 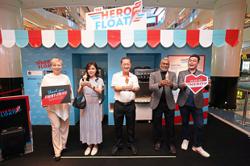 Need to invest more in healthcare