(TAG) heralds the drastic implications that the coronavirus pandemic can have on capital markets.

The regulator has a tough decision to make, considering that TAE has cited the adverse impact of the Covid-19 pandemic to TAG’s business as the reason for making the application.

On Tuesday, TAE said it was seeking the SC’s consent to withdraw its conditional voluntary offer to take over its property arm TAG.

The offer was first made on Feb 12, when TAG said it had received a conditional voluntary take over from TAE to acquire close to 40% shares in the former at a price of 28 sen a piece. TAE had already owned 60% of TAG at that point in time.

The effects of Covid-19 on the hotel business, which is TAG’s core business, has been crippling.

The local hotel sector is projected to lose RM3.3bil in revenue by next month, as a result of the movement control order (MCO) which has been extended to May 12.

TAG in April, said it had suspended its hotel operations in Melaka, Thailand, Australia and Canada since March due to the pandemic.

However, if TAE is allowed the waiver, it will send a bad message to the market.

Says one fund manager: “This is a very important issue. It is a litmus test for the SC. We feel that if the SC approves TAE’s application it will give the local capital market a really bad name. We will lose major governance points.”

In a written response to StarBizWeek, the SC said that it is reviewing TAE’s application to withdraw the voluntary offer for TAG pursuant to Rule 9.11.

“A decision will be made in due course once we have carefully reviewed the application and considered all factors related to it, ” says an SC spokesperson.

Another fund manager points out that while the takeover price first offered by TAE was not that attractive, however the share price of both TAG and TAE have fallen significantly lower since the takeover announcement in February.

In the offer made by TAE, TAG shareholders were offered 28 sen a share or a share swap that priced TAE’s stock at 66.6 sen a piece.

At TAG and TAE’s current share prices of 21 sen and 46.5 sen respectively, both stocks are 25% and 30% below the pricing set out in the February offer.

With the worse off environment for the hotel sector now, the earlier offer prices offer minority shareholders a decent exit. For the major shareholder on the other hand, it just might be too costly now.

As part of the deal, the major shareholder of both TAG and TAE, Datuk Tony Tiah, was looking to fork out cash to subscribe for 550.54 million TAE shares at 66.5 sen.

This would raise proceeds of RM366.11mil for TAE, which would be utilised solely to fund the cash option for the proposed buyout of TAG.Based on TAE’s current share price, Tiah would be paying 30% above market prices should he continue with the privatisation deal. But there are other parties who have inked earlier deals, that not walking away from their obligations on the grounds of the pandemic.

Across the causeway, Singapore-listed BreadTalk looks like it is going ahead with its plans to privatise the company amidst plunging profits.

It made the announcement in Februay, about the same time as TA Global.

It’s founders George Quek and Katherine Lee together with Minor International are offering to acquire all the issued ordinary shares in BreadTalk that they collectively do not own at a price of S$0.77 through a voluntary conditional cash offer.

All three parties collectively own 70.53%.

In TAE’s case, there will be repercussions from the decision made by the SC. If TAE was to be allowed to withdraw its offer, would this open the floodgates of other offerors to also make similar applications?

This would clearly be a negative for the local capital market.

On the other hand, many corporate owners are facing extenuating circumstances that puts them in a difficult position to execute deals they entered into earlier. Perhaps some middle of the road approach would be found.

All eyes will be on the regulator decision and reasoning for this case. 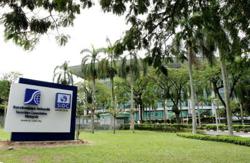 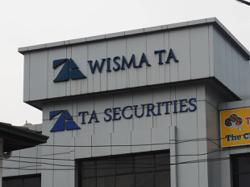