Alternative channel: Shopping online has become a significant alternative for business operators during the MCO.

SUFFERING. It’s the one word that’s synonymous with small and medium enterprises (SMEs) nationwide, especially retail players, having been severely hit by the Covid-19 pandemic.

Since the movement control order (MCO), which was implemented on March 18 and now extended into its third phase until April 28, businesses of retail SMEs have been in turmoil, says Malaysia Retailers Association president James Loke.

“With the exception of perhaps those under the essential services category, some of our members have reported a drop in sales of up to 90%, ” he tells StarBizWeek.

Nevertheless, Loke is grateful for the government’s stimulus packages for SMEs. Earlier this week, the Prime Minister presented an additional stimulus of RM10bil to ease the financial burdens of the SMEs following calls from the industry to provide greater support for the business community.

For companies with more than 200 employees, a subsidy of RM600 per employee is maintained and the maximum number of workers eligible for subsidies will be increased from 100 to 200 workers.

Says Loke: “It definitely helps, as the majority of retailers employ more than 200 people. However, the longer the MCO period, the tougher it will be for us. We hope that it will be lifted as soon as possible.”

Under the recent stimulus package, companies with fewer than 75 workers will be provided with a subsidy of RM1,200 per month per worker.

Malaysian Employers Federation executive director Datuk Shamsuddin Bardan(pic below) says this is an attractive measure that would help provide a lifeline to smaller, struggling SMEs. 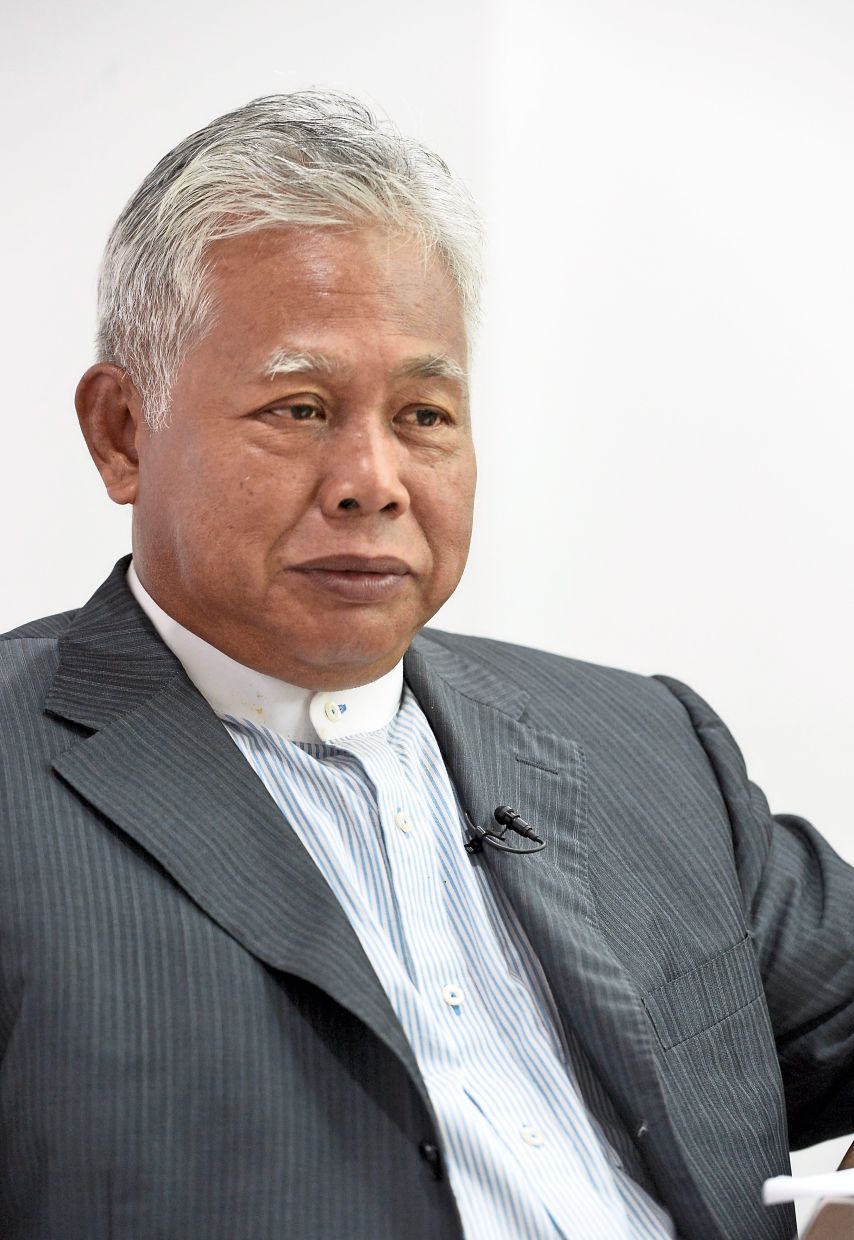 “It will definitely help the smaller employers. However, if the MCO is extended, then that is another ballgame altogether, ” he says.

In spite of the stimulus package, Shamsuddin warns that the longer the MCO, the more detrimental it would be for companies, especially SMEs.

“That’s because most SMEs are not operating but still have to pay fixed costs during the period. Around 30% of revenue goes to paying wages, especially for retail. Another 30% goes to rental and up to 30% goes to suppliers.

“Some suppliers can hold back but it will be challenging if that period gets extended for too long.”

Still, retail SMEs will have to endeavour to survive the tough period that is the MCO. 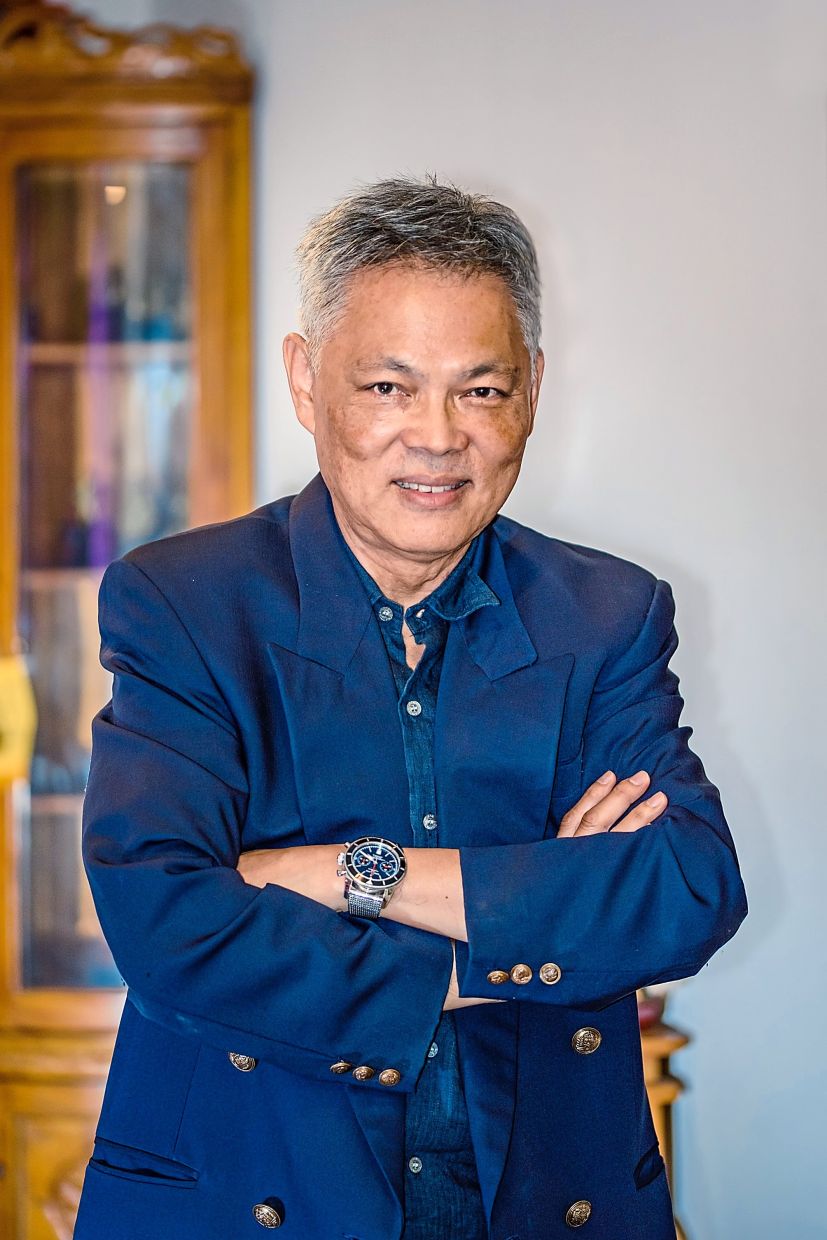 “For those that are still able to operate, mainly those under the efficient services category, it is vital to ensure your employees wear face masks and use sanitisers. If you’re running a grocery store or food mart, insist that your customers do the same and ensure that their temperatures are taken before they enter the premises.”

“Some retailers have online businesses, which is a great, alternative way to keep your business going when you can’t operate physically.”

With all that has been happening over the past few weeks, Shamsuddin says now would be an opportune time for retailers to reconsider their manpower size.

“Given the current situation, SMEs will likely be forced to become leaner in their operations, which is a trend that could prevail even post-MCO.

“For now, switching to online to run your base of operations is essential, or else how are you going to attract customers during a lockdown?”

Malaysian Association for Shopping and High-Rise Complex Management past president Richard Chan says it wont be surprising to see SMEs diversifying their businesses just to be able to stay afloat.

“I have six friends who are now in the face mask and hand sanitiser business. Previously, they were doing something completely different. Given the tough market situation, they just don’t have a choice.”

Last month, Malaysia Shopping Malls Association president Tan Sri Teo Chiang Kok said shopping malls could face losses north of RM2bil as a result of business disruptions caused by the MCO, which has been extended to deal with the Covid-19 pandemic.

This was, however, on the assumption that the MCO would not get extended past April 14.

At the rate things are going, Loke says sales for the upcoming Hari Raya festive holidays next month is already affected.

“Usually, Hari Raya accounts for between 30% and 40% of our annual sales. But we don’t think it would be that much this year.”

For now, Loke believes that it could take between six months to a year before things will “go back to normal.”

“After the Spanish Flu (in 1918), it took about two years for things to return back to normal. In China, even after three months, only half of the people are actually coming out. Once the MCO is lifted, we think it might take six months for things to stabilise.”

Shamsuddin says the current “norm, ” as in the way of living, under the MCO, could be the “new norm” for how things get done once the MCO is lifted.

“The MCO has been an eye-opener, especially with the majority of individuals working from home. This could be the working culture going forward, as businesses may realise that they can operate their business without an actual, physical premise.

“This would mean lower transportation costs as workers may not need to travel to work and less congestion on roads. To be able to achieve this, going fully (or almost fully) online would be a major factor for companies going forward, ” he says.

Chan concurs that while going online has become a significant alternative for business operators, he however says that things may change once the MCO is lifted.

“Within the retail space, Malaysia has never been big on online. It’s somewhere between 5% and 6% in terms of annual transaction. At the moment, it’s gone up to between 15% and 20% because of the MCO.

“But once things have improved, I feel that it will taper down. Malaysians love their shopping, and they love malls. It’s a weekend go-to place for many of us, ” he says.