The company had set an investment budget of US$4.6 billion for 2020 with exploration plans in Malaysia and Myanmar. In February, it was granted an exploration concession in Oman with France's Total .

BANGKOK: Thai energy company PTT Exploration and Production Pcl could miss its sales target due to the oil price collapse and coronavirus outbreak, and is considering delaying some projects, it said on Thursday.

PTTEP, Thailand's largest oil and gas producer, has a sales target of 388,000 barrels of oil equivalent per day for the year. It said it could now miss that goal by up to 5%.

The company had set an investment budget of US$4.6 billion for 2020 with exploration plans in Malaysia and Myanmar. In February, it was granted an exploration concession in Oman with France's Total .

Now, however, it could postpone exploration plans for some projects to prepare for a prolonged period of low oil prices, Chief Executive Phongsthorn Thavisin said. He did not specify which projects might be delayed.

Phongsthorn said PTTEP was able to handle oil price volatility for at least two to three years, adding that its financial position was strong due to high liquidity.

The company has taken price insurance risk for some of its crude, which accounts for 30% of sales. Some 70% of its sales came from natural gas, most of which had minimum purchase agreements, PTTEP said.

International oil prices have fallen about 50% to under $26 a barrel since the Organization of the Petroleum Exporting Countries (OPEC) and other large oil producers failed to extend an output deal last month.

PTTEP said it would press ahead with its plans for the Bongkot and Erawan natural gas fields in the Gulf of Thailand. It aims to extract 1.5 billion cubic feet of natural gas per day in 2022-2023 in a production-sharing agreement with the government. - Reuters 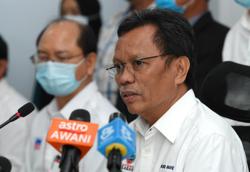