Malayan Banking Bhd (Maybank), the country’s largest bank, said in its social media posting yesterday that it was closing some of its branches and service centers temporarily to further safeguard its customers and employees. Maybank will be temporarily closing around 130 of its 350 branches.

PETALING JAYA: An increasing number of banks have resorted to closing some of their physical branches and moving their presence online temporarily during the movement control order (MCO) period to protect staff and customers from the Covid-19 pandemic.

(Maybank), the country’s largest bank, said in its social media posting yesterday that it was closing some of its branches and service centers temporarily to further safeguard its customers and employees.

Maybank will be temporarily closing around 130 of its 350 branches.

The operating hours for Maybank’s branches that are open will be further revised, the bank said.

A Maybank spokesperson told StarBiz that the bank will continue to serve customers through its network of branches that remain open during the MCO period, as well as through its online channels and self-service terminals which allow customers to do most of their essential banking.

“We will also be monitoring the customer traffic at branches to serve them efficiently, while at the same time prioritising the safety and health of our customers and staff, ” the spokesperson said.

Maybank said its branches that remain open will only operate from 9:30am-2:00pm on weekdays, while it will be closed on weekends and public holidays.

“The safety of our customers and employees is our utmost priority and this precautionary measure is to ensure that any possible risk is mitigated, ” Maybank said.

It requested customers to conduct their banking transactions through the online banking channels in light of the MCO.

Earlier reports said that two of Maybank’s employees had been positively tested for Covid-19, with the branches they work in being sanitised/ disinfected.

MBSB Bank Bhd, meanwhile, said in a statement yesterday that it will also temporarily close 15 of its branches during the MCO period in an effort to reduce the risk of exposure of Covid-19 among its customers and employees.

MBSB said that the closure will be effective from March 25,2020.

“The remaining 31 branches opened will be able to support the temporary closure of the identified 15 branches. These branches will reopen once the MCO ends, ” MBSB said.

“Customers are advised to visit the MBSB Bank branch that is nearest to the ones that have been closed to perform their banking transactions, ” it added.

It also encouraged customers to use its self-service banking or M Journey online banking service to conduct transactions.

“MBSB Bank assures all of its customers and the public at large that there will be no disruptions to any of its services, as the bank has emplaced a sound business continuity plan to ensure the smooth functioning of its operations, ” it said. 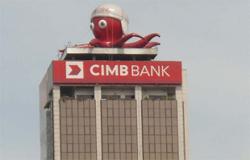