IInitially, IJM Land had planned to start work on The Light City in 2018, but given the property market slowdown, the plan had to be put on hold temporarily.

GEORGE TOWN: IJM Land Bhd’s construction subsidiary, Jurutama Sdn Bhd, is set to develop the stalled RM4.5bil The Light City project, which is located next to the Penang Bridge.

According to IJM Perennial Development Sdn Bhd general manager Tan Hun Beng, the details of the contract for the project were now being finalised and the contract should be awarded in early April.

IJM Perennial is a joint-venture company between IJM Corp Bhd

Initially, IJM Land had planned to start work on The Light City in 2018, but given the property market slowdown, the plan had to be put on hold temporarily.

“We revised the plan so that the project could be launched in two phases, according to the pace of market demand.

In the revised plan, the first phase will have a mall with a 680,000-sq-ft net lettable area, the Penang Waterfront Convention Centre, a four-star hotel with 500 rooms, offices and the Mezzo residential condominiums.

The second phase will have a 300,000-sq-ft mall, a five-star hotel with 250 rooms, offices and the Essence residential condominiums.

“The work on the first phase should create some 1,000 jobs for the local construction industry.

“The first phase is scheduled for completion in 2024, ” Tan said.

Tan said the commencement of the second phase would depend on the sales of the Mezzo condominiums and the occupancy of the mall.

“If the response to the condominium and the mall is good, we will start the second phase as soon as possible, ” said Tan.

“The retail mall and the hotel business would be well supported by the convention centre, which is expected to bring in the crowds.

“The demand for convention centre space is driven by the meeting, incentive, convention and exhibition market, which is booming in Penang.

“Our location is well-centralised around the airport, free industrial zone, George Town city and the mainland. This is also an added advantage, ” he added.

“About 40% of the RM4.5bil gross development value would need to be spent on construction works and another 10% for renovation works.

“The first phase alone should generate over RM1.3bil worth of construction jobs, ” Lim said.

IJM is one of Malaysia’s leading conglomerates with businesses in construction, property, plantations, industry and infrastructure. It has operations in 10 countries, with the primary focus on Malaysia, India, the United Arab Emirates, China and Indonesia.

Perennial is an integrated real estate and healthcare company headquartered and listed in Singapore.

As a real estate owner, developer and manager, Perennial focuses strategically on large-scale, mixed-use developments. It has operations in China, Singapore, Malaysia, Indonesia, Myanmar and Ghana with a combined portfolio spanning over 65 million sq ft. IJM Land's RM4.5bil The Light City to resume in August 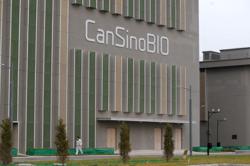