Tun Dr Mahathir Mohamad said on Thursday it was normal to ask for an “offset” in business dealings provided the money is not taken for personal use.

rose to a high of RM1.25 in afternoon trade on Thursday as investors took heart from comments by the Prime Minister over the low-cost carrier's business deals.

Tun Dr Mahathir Mohamad said on Thursday it was normal to ask for an “offset” in business dealings provided the money is not taken for personal use.

Even the government, when making purchases for equipment, would ask for an offset.

“For instance, when we buy planes we will ask for an offset.

“Whether you consider an offset as bribery, it is up to you, ” he told reporters after a session with Education Ministry staff on Thursday (Feb 6).

He questioned why an offset should not be accepted when making a purchase on a high-priced item.

“But if the money received is pocketed, then that is corruption, ” he pointed out.

The Prime Minister was commenting on media reports over allegations of corruption involving AirAsia and Airbus.

It was reported that Airbus will pay a series of record-breaking settlements including nearly €1bil (RM4.5bil) to the United Kingdom’s Serious Fraud Office after admitting to “endemic” levels of bribery across its international business.

Legal documents attached to the settlement revealed Airbus paying hundreds of millions ringgit to sponsor a sports team linked to two unnamed executives described as “key decision makers” at AirAsia and AirAsiaX, but unrelated to the airline business.

On Feb 4, AirAsia Group said its founders Datuk Kamarudin Meranun and Tan Sri Tony Fernandes have relinquished their executive posts as the budget carrier forms a committee to review the allegations against them.

Kamarudin is the airline’s executive chairman and Fernandes its chief executive officer.

AirAsia’s top executives have claimed that the company was never reached out to even once by the UK Serious Fraud Office (SFO) during the four-year investigation regarding the Airbus scandal, for any explanation or clarification.

Kamarudin and Fernandes said it was a clear violation of the fundamental legal principle of fairness and access to justice.

“We categorically deny all allegations of wrongdoing or misconduct on our part as executives and directors of AirAsia, ” they said.

They said that Caterham F1, the company alleged to have been sponsored improperly by Airbus, was at the relevant time a Formula 1 Racing team that had gone round the globe promoting among others AirAsia, AirAsia X, GE and Airbus.

Throughout the period Kamarudin and Fernandes were shareholders in Caterham, the company made no profits and was eventually disposed of in 2014, as from start to finish it was a branding exercise and not a venture to make profits.

“So as to facilitate a full and independent inquiry by AirAsia, we are relinquishing our executive roles with immediate effect for an initial period of two months which may be extended at the discretion of the AirAsia board as they deem fit based on the prevailing circumstances then.

“At the request of the board of AirAsia, we have agreed to continue to assist AirAsia in an advisory capacity as and when required, ” they added. 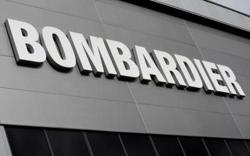