Refreshing move: Ho says it took the group eight months to transform a barren piece of land into a lush, green sanctuary. On his right is Khaw.

WITH parks and open spaces seen to be providing intrinsic, environmental value and recreational benefits to property developments, it’s no surprise that MAH SING GROUP BHD

developed a green sanctuary for its Southville City development in Bangi.

The 9.62-acre community-friendly Taman Puncak @ Sepang recreational park (or better known as the Summit Park) aims to serve not just the residents of the Southville City township but also those within the surrounding locations.

“The Summit Park is designed to compliment all walks of life as it consists of a balanced active and passive space, which was planned and arranged delicately for nearby residents and visitors alike,” he tells StarBizWeek.

Ho says the site was a former oil palm estate that was considered a wasteland with poor soil quality.

“The soil is hard, the ground is not flat and we had to be very selective with the type of trees we could plant there.”

Today, the park boasts of over 1,400 trees, comprising 26 different species. 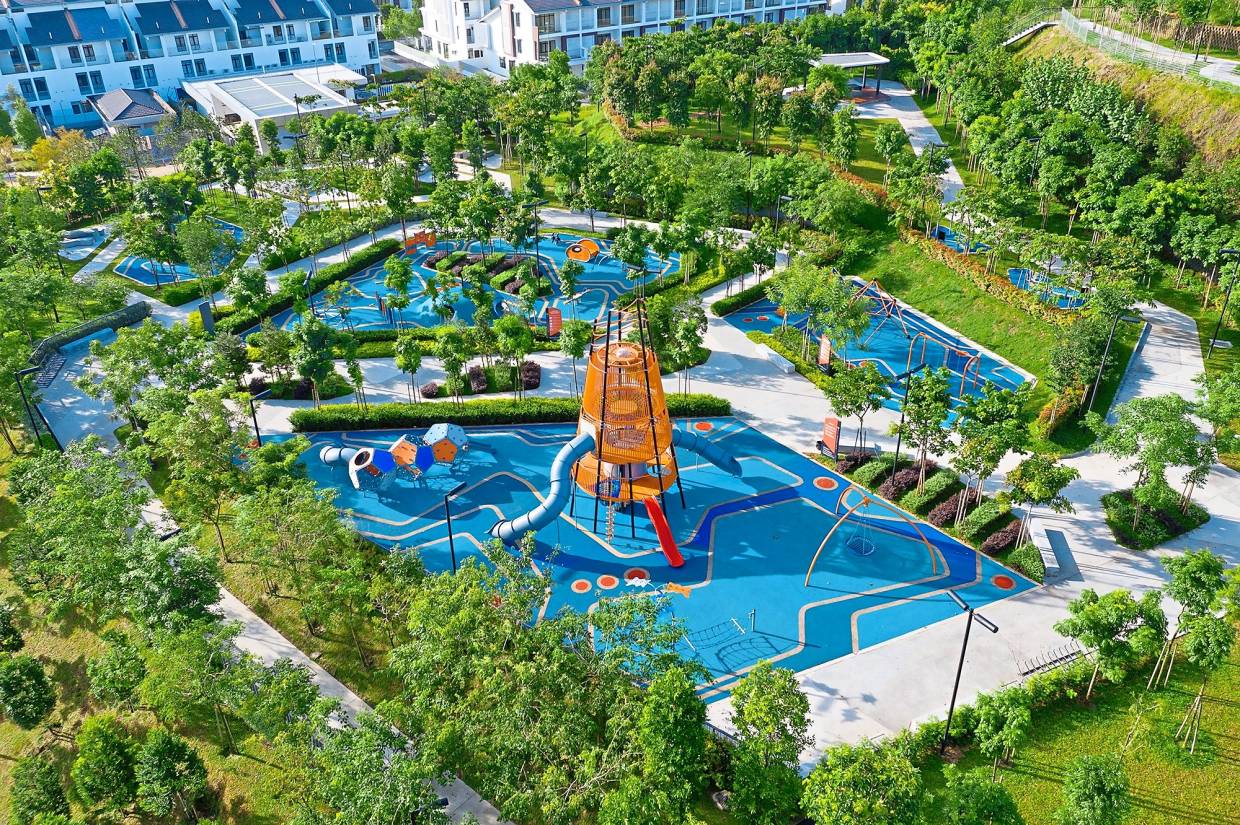 “It has always been part and parcel of our development plans to incorporate greenery features to enhance our buyers’ living experience, while adding their ease of convenience,” says Ho.

The 428-acre Southville City is a freehold township with a gross development value (GDV) of RM11bil. The township sits between Seremban/Nilai and Kuala Lumpur and is expected to be completed over the next 12 to 15 years.

Ho says the area has undergone robust developments over the past few years, following the completion of Avens Residence, the Savanna Executive Suites, as well as the Savanna Boulevard Shops.

“The affordably priced developments of Southville City which include Tower A and B of Cerrado Suites and Tower A of Sensory Residence received encouraging response from the market.

“We have a few residential developments presently under construction, namely Cerrado Suites Phase 1 and Sensory Residences.”

“In view of the previous success from Avens Residence and Savanna Executive Suites, we are targeting Cerrado Suites Phase 1 to be fully taken-up by next year, while Sensory Residences is projected to achieve 75% in 2020.

“Currently, Cerrado Suites Phase 1 is targeted for handover in the second quarter of 2020 and Sensory Residences is slated for completion by the first half of 2022,” she says.

Khaw adds that the township’s Mercearia Grocer is scheduled for opening in the first quarter of next year, which would definitely provide added convenience to the owners and tenants.

Meanwhile, Ho says the company’s prudent cash flow management has allowed the group to have a healthy balance sheet, with cash and bank balances of approximately RM1bil as at Sept 30, 2019.

“This augurs well for our growth strategy to continue to source for new land with key focus in the affordable segment especially in the Klang Valley, Johor and Penang, while exploring joint-venture prospects.”

He says Mah Sing’s remaining land bank stands at 2,064 acres, with the remaining GDV and unbilled sales totalling RM25.5bil as at Sept 30, 2019.

“This will provide steady earnings visibility for the group and sustain its growth for the next eight to nine years.”

Mah Sing posted a net profit of RM50.01mil for the third quarter ended Sept 30 on the back of RM415.47mil revenue.

The group’s property development segment recorded revenue of RM1.1bil for the nine-month period ended Sept 30, compared to RM1.4bil a year ago, while posting an operating profit of RM189.3mil compared with RM244.8mil in the corresponding period a year ago.

Ho says Mah Sing is well positioned to achieve its target of RM1.5bil sales for 2019.