will close down unprofitable Sushi King outlets in the country in 2020.

“We plan to shut the one in KLCC because of the high rentals. The outlets in the rural areas are making profits because of the low rentals, ” he said.

There are 137 Sushi King restaurants in the country, which includes 25 outlets in Sabah and Sarawak.

According to Konishi, consumer spending at Sushi King outlets has dropped because of the economic uncertainties.

“The people prefer to eat at hawker centres where there are no sales and service tax, ” he said.

Konishi said the group would not plan a huge budget for its operations next year.

“We want to spend less money, stay cautious and reduce headcount through a rationalisation plan, ” he said, adding that the group employed over 6,000 workers.

Konishi added that the group would also control its inventories and shorten the period of credit to control trade receivables.

“The group is still healthy as it is able to generate between RM30mil and RM40mil in cash annually from all its business divisions.

Konishi added that the group’s industrial and polymer engineering divisions were hit by the US-China trade war.

“Our customers have delayed orders due to the conflict between the US and China. The food division is the only one expected to generate a small profit this year. We will allocate RM10mil to expand the umber of barramundi fish farms in Myanmar, ” he said.

For the nine months of the 2019 financial year ended Sept 30, the group posted a RM6mil after-tax loss on the back of a RM844.5mil turnover.

According to the Conference Board Consumer Confidence Index Q2 2019, produced in collaboration with Nielsen, recessionary sentiment in Malaysia remained high in second-quarter 2019, with 70% of consumers believing that the country is currently in a recession – in line with 69% in the preceding quarter.

“Among those who think the country is in a recession, more than a third (38%) are optimistic about an economic recovery in the next 12 months, ” the report says.

The report added that in the second quarter 2019, a vast majority of consumers (87%) said that they have adjusted their spending habits to save on household expenses.

“They save by spending less on new clothes (48%), trying to save on gas and electricity (44%), switching to cheaper grocery brands (43%), cutting down on out-of-home entertainment (42%) and reducing holidays and short breaks (36%), ” the report added. 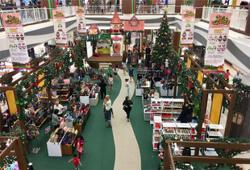 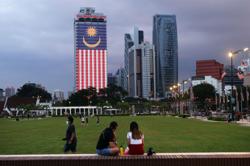