Low: We have 340 OOH players in the domestic market compared with countries like Singapore, Thailand and Indonesia. The local outdoor ad market is also relatively sizeable to attract other regional players.

PETALING JAYA: The out-of-home (OOH) advertising segment, which is projected to grow by about 5% this year, could see some consolidation over the next three to five years with the entry of more foreign outdoor advertising companies.

With the OOH market showing strong potential, it is learnt that many regional players are showing keen interest to set up their operations in the country.

“We have 340 OOH players in the domestic market compared with countries like Singapore, Thailand and Indonesia. The local outdoor ad market is also relatively sizeable to attract other regional players.

“On the whole, consolidation will be good for the outdoor ad industry as currently 10% of the total OOH players command the lion’s share of the market.

“It is better therefore to scale down the number of players, maybe initially to 15 and at a later stage to about seven or eight rather than having a large pool competing in the market and fuelling a price war.

“This will help stabilise the market and facilitate regulation, ” Low, who is also the Outdoor Advertising Association of Malaysia (OAAM) president, said during an interview.

One of the leading players in the market is Big Tree Outdoor, which is under media conglomerate Media Prima.

He added that with consolidation, the government would also be able to monitor and keep a close tab on the erection of illegal billboards in the country.

On the regional front, he said Malaysia has a lower advertising expenditure (adex) growth, hence there is more room for growth.

Compared to Singapore, for instance, Low said the OOH market in Malaysia offers cheaper selling rates to advertisers and has a lower adex. Thailand and Indonesia, he said, has a much higher advertising spend in the OOH segment compared to Malaysia.

Meanwhile, on the adex outlook for the local OOH segment this year, he noted that it would be slightly lower than the 5%-7% growth in 2018, adding that about a 5% adex growth could still be anticipated this year.

However, he is bullish on the segment amid an overall soft adex growth in the various ad platforms.

Compared with the three major ad mediums - print, digital TV and radio - OOH seems to fare better and there is a lot of room for growth, he said.

Asked whether there has been a shrinkage in the number of billboards in transport hubs, including the MRT, Low said it has not.

It has increased over the years as the awareness has also risen and more digital boards have been erected compared with the earlier static boards.

Digital boards, unlike the static ones, allows multiple advertisers to advertise their products at one go and this has been on an upward trend, he said.

On another note, Low acknowledged challenges in the OOH segment and attributed it to internal and external factors.

“Some of the external factors like the US-Sino trade war, macroeconomic uncertainties and determination of adex budgets of local companies by their regional headquarters will to an extent affect the growth of the OOH market.

On the domestic side, many advertisers are adopting a wait-and-see approach amid political uncertainties and will continue their investments until they get a clearer picture of the political situation in the country. But on the whole, I am confident the OOH market has good potential and is set to grow as consolidation comes into play in the next few years, ’’ he added. 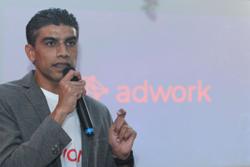 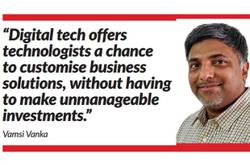