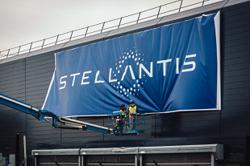 New cars for the force: The Kedah police contingent headed by its chief Datuk Zainuddin Yaacob checking out some of the vehicles delivered by Spanco at a handing over ceremony recently at the Kedah police headquarters. Spanco is the incumbent vehicle fleet contract holder for the government. — Bernama

PETALING JAYA: Long-term contracts from the government are often highly sought-after business, and it is no surprise that the tender to manage its huge fleet of vehicles has attracted fierce bids from some of the biggest automotive groups in the country.

The estimated size of the 15-year concession varies, but based on the current fleet of 12, 500 vehicles, the contract could be worth RM300mil a year from the fifth year onwards.

With at least seven bids on the table, sources said the race is shaping up to be a showdown between Spanco Sdn Bhd, which counts Tan Sri Robert Tan Hua Choon as a shareholder, against the formidable pairing of the Naza Group and Tan Sri Vincent Tan Chee Yioun’s Berjaya Group.

Spanco, with its 25-year track record in managing the fleet, had helped set the benchmark.

But the incumbent is facing a serious challenge in its bid to extend its concession for a further 15 years, with the Naza-Berjaya consortium widely speculated to have put in a very competitive offer.

The government, in February this year, made a request for proposal to manage its fleet of vehicles – that includes official cars used by ministers and top-ranking government officers, as well as department cars and patrol vehicles for the police.

“The size of the contract varies from year to year, depending on the government’s fleet requirement and the number of new vehicles to be purchased as replacement, ” one industry source said.

Spanco, which has been given the extension to manage the fleet until the end of the year following the expiry of its 25-year contract in December, has confirmed that it is seeking a new concession.

Others vying for the job include the Naza-Berjaya consortium, as well as car rental units controlled by Sime Darby Bhd

At least three other car companies have joined in the fray for the potentially lucrative contract.

The Samling Group, controlled by Sarawak timber tycoon Tan Sri Yaw Teck Seng, was reported to have submitted a bid for a the fleet management contract. Samling’s automotive business includes Honda and Mitsubishi dealerships, as well as a number of luxury marques.

Also said to be eyeing the big prize is Go Auto, the distributor of Haval vehicles in Malaysia, which has Datuk SM Azli Nasimuddin on board as an executive director.

“Each bidder is offering their unique capability, strength and value propositions for the government to consider, ” said another source who is familiar with the bidding process.

The government, sources said, is in the final stage of evaluating the proposals, with a decision on the award expected soon.

Under the new deal, the government would require at least 32 new Toyota Vellfire for ministers and top-ranking officers in the government.

These luxury minivans would need to be replaced every four years, along with as many as 3, 000 Honda Accord cars to be purchased for higher-ranking government officers.

The government is also planning to replace as many as 1, 300 mobile patrol vehicles over the next five years, and around 8, 000 units of Proton Persona and Saga models for other department use.

“You are looking at an investment of around RM1.5bil over the next five years to purchase the new vehicles for the government’s fleet, ” an industry source said.

“And then, there is the cost of repairs, maintenance as well as management of the whole fleet. So, the investment outlay required is huge, ” he said.

Under the concession to be awarded, the government will pay a monthly rental for each new vehicle it requires. The amount excludes a fixed monthly bill for repairs, maintenance and management of each vehicle.

Spanco, the original concession holder, first secured the contract to manage the government’s fleet of department cars back in 1994.

Since then, each vehicle that entered into the government’s fleet is leased from Spanco for five years, before it is replaced with a new car.

This end-to-end fleet management arrangement that comes with a five-year replacement cycle keeps the government’s fleet current, while at the same time ensuring that the maintenance cost of each of these vehicles is capped at pre-determined limits.

“We provide unlimited repair and maintenance services for the fleet to ensure that a maximum number of cars are always on the road, ” Spanco’s chief executive officer Datuk Hamzah Mohd Salleh said.

“Basically, what we do is take over all the risk associated with owning the car and go a step further by offering a replacement vehicle in the event the car requires major service, or is involved in an accident, ” he told StarBiz recently.

He said that over the years, Spanco has consistently achieved a high target of having 98% of the fleet on the road at any given time.

“We are very proud of what he have achieved since we started this journey and we hope to be able to continue our service for a long time, ” said the 71-year-old car enthusiast, who first joined Spanco from Sime Darby Bhd as a board member in 1996 before assuming the executive role in the company a year later.

With more than 30 years experience in the motor industry under his belt, Hamzah is optimistic that the company stands a good chance against the new contenders.

“We are the biggest independent fleet management company in the country with the experience and track record. We have no other business interest other than managing the fleet for the government, which means we are focused on what we do, ” he said.

A look at Spanco’s current operations offers a glimpse into the size and scale of this contract.

To keep the fleet size steady at 12, 500 units, Spanco buys, on average, between 2, 000 and 3, 000 vehicles a year. Hamzah said Spanco has spent over RM2.5bil on new car purchases during its contract period.

“A lot of the money goes towards purchasing new cars, so the car makers will benefit the most. However, do they really want to go into the fleet-management business, which is a totally different ball game?” Hamzah said.

“You are talking about managing a fleet of at least 12, 000 vehicles made up of different brands and models spread all over the country. You also have to take into account the different usage of each vehicle, ” he added.

And during its service lifespan period, each vehicle is fully taken care of by the company, from the road tax and insurance to minor repairs and major overhauls, whatever and whenever it is required.

The company has two flagship service centres in Batu Caves and Bangi, with a combined daily capacity to service 200 vehicles. It is supported by a network of over 200 accredited workshops around the country.

Spanco also has set up a dedicated 24/7 call centre and a mobile application for its users.

“We have invested a lot in information technology and will continue to upgrade our in-house developed fleet-management system and keep up with the latest technology, ” Hamzah said.