Choice location: Lau (left) and Tay checking out their JV project Park Regent. The project will be developed in one of the best locations in Desa ParkCity, Kuala Lumpur.

KUALA LUMPUR: What began as a casual conversation between two friends about two years ago has today resulted in a joint venture (JV) of two regional property players that will be building a premium condominium in one of the best locations in Desa ParkCity, Kuala Lumpur.

Park Regent is set to be launched for sale this quarter.

The development represents the first project under the 50-50 partnership between ParkCity Property Holdings Sdn Bhd and Singapore-based CapitaLand Ltd.

Speaking to StarBiz in a recent interview, ParkCity group CEO Datuk Joseph Lau says: “Both companies share a commitment to delivering value to their stakeholders.

“This JV will see the two companies deliver on this commitment at a completely new level, as it brings together the experience, expertise and proven track record of two major property developers in the region.”

According to Ronald Tay, CEO of CapitaLand Singapore, Malaysia and Indonesia, the group views its collaboration with ParkCity as a long-term partnership, noting that both companies are currently exploring other opportunities to work together.

“There are definitely synergistic benefits from our collaboration,” Tay says.

For one thing, CapitaLand has a presence across more than 200 cities in over 30 countries.

The group focuses on Singapore and China as its core markets, while it continues to expand in markets such as India, Vietnam, Australia, Europe and the US. It has a wide customer database across these countries.

ParkCity, on the other hand, is known for its expertise in developing award-winning and sustainable master-planned townships such as Desa ParkCity, ParkCity Hanoi in Vietnam and Marina ParkCity in Miri, Sarawak. It has a strong following among buyers, and a very resilient portfolio of addresses.

On Park Regent specifically, Tay says, CapitaLand is delighted to be able to partner with ParkCity to jointly develop a unique project that taps into CapitaLand’s extensive track record in developing and building architecturally excellent homes.

With a gross development value of RM1.08bil, Park Regent is a 5.6-acre development that offers 505 freehold units, with built-ups ranging from 872 to 3,500 sq ft, spread across two towers.

Each unit comes with a minimum of two car park bays and a maximum of six.

Interestingly, the premium three- and four-bedroom units have their own private lift lobbies.

The average selling price of the units is estimated at RM1,100 per square foot.

Park Regent is expected to be completed in 2023.

“It is by far the most prestigious development in Desa ParkCity and located on one of the prime parcels of land. It is located right next to the popular Desa ParkCity lake, enjoys easy access to the Central Park and has spectacular views of the city - a trifecta few other properties can match,” Lau says.

He adds: “Park Regent will feature spacious, well-detailed homes that embrace the best views at Desa ParkCity, complemented by amenities to meet the evolving needs of a diverse group of homeowners, from empty-nesters to families.

With details such as private lift lobbies for larger units, powder rooms in every home as well as beautifully-appointed kitchens, we are confident Park Regent will become an address that stands the test of time.”

Meanwhile, Tay notes Park Regent is designed by a world-class team from architect, interior designer to landscape consultant to create a “differentiated product” in Desa ParkCity.

Notwithstanding the softness of the property market, the response to Park Regent has been very encouraging.

The group has so far already recorded more than 3,000 registrations of interest, comprising locals and foreigners. It expects locals to form the bulk of the buyers of Park Regent at the end of the day.

“We believe that for every project that we undertake anywhere in the world, fundamentally, the bulk of the demand must come from the local market,” Tay says.

Lau concurs, noting ParkCity believes targetting foreign market is not a sustainable strategy over the long term. He, however, concedes the group’s projects have international appeal that continue to draw foreign interest to Desa ParkCity.

The self-contained township of Desa ParkCity is currently home to an international community of approximately 16,000 residents. About 80% of these are Malaysians, while the balance is made up a wide array of nationalities, including British, Australians, Singaporeans, Japanese, South Koreans and Indonesians.

In general, they expect buyers of Park Regent to come from five main groups:

1. Current residents of Desa ParkCity looking to upgrade, buying to keep the extended family nearby, or empty nesters looking to right-size;

2. Current residents in the Klang Valley and around Malaysia who have been looking for prime properties in Desa ParkCity to stay or as an investment property;

3. The Malaysian diaspora currently living and working in Singapore, Hong Kong, China, Vietnam and South Korea, looking for a long-term investment property that will give steady returns and will remain an attractive place to call home when they retire;

4. Long-term expatriates who are currently renting an apartment in Desa ParkCity; and

5. Those from international markets participating in the Malaysia My Second Home programme or simply eyeing a property investment in Asia.

As at Jan 2019, there were 4,068 housing units (landed and high-rise) completed and 1,672 housing units under construction in Desa ParkCity that spans 473 acres.

The township is expected to be completed in the next seven to 10 years. 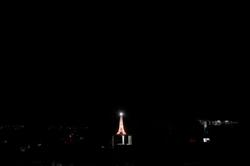 Italy's estate market grinds to halt in Q1 due to COVID-19: reports