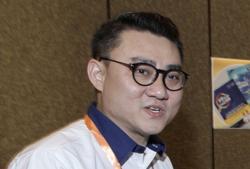 is looking into expanding its market and does not discount the possibility of re-entering the European market.

“We must also look at the total picture whether it can meet the challenges such the changes in oil prices, the various taxes in Europe airports and so on.

“For example, the planes that were flying to London and Paris previously were not the right plane. The cost factor was the one that literally killed us from the market.

“Moving forward, we have to be realistic in making our decisions for the long-term,” she told reporters after the unveiling of its new A330neo aircraft at the 53rd International Paris Air Show here.

Rafidah said the new planes would give added flexibility to the company to strategise and give better returns to its shareholders.

On when the aircraft would be in operation, she said it would be decided by the board of directors based on the proposal by the management.

Meanwhile, AirAsia X group chief executive officer Nadda Buranasiri said the delivery of the A330neo aircraft would be done in phases.“We expect that Airbus would probably be able to provide us six aircraft a year,” he said.

The world’s leading low-cost carrier ordered a total of 100 A330-900 aircraft for RM122bil from European planemaker Airbus, of which 66 aircraft are firmed orders and two on lease.

Buranasiri said it would take the first aircraft next month while the second aircraft would be delivered in August, to be based in its Thailand hub, Don Mueang International Airport in Bangkok.

“We have not decided where the new fleet would fly to as we are still studying each market to understand the demand and how we could leverage it.

“We are working it out to ensure that it will be profitable to us, while at the same time, make our shareholders and passengers happy.

“We are not making excessive profits but it needs to have enough volumes,” he added. — Bernama