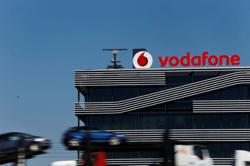 Tthe usual leasing strategy applied successfully with medium-cost residences does not work so well with higher-end properties because the monthly rentals can be rather prohibitive.

The initiative will use Alibaba Cloud’s artificial intelligence programme as well as big data analytics to produce real-time traffic predictions using video and image recognition technologies to combat traffic congestion in the city.

The initiative is a localised replication of Alibaba Cloud’s ET City Brain, which was implemented in Hangzhou in 2016.

Kuala Lumpur is the first city to adopt the technology outside of China on a trial basis.

Alibaba Cloud, the cloud computing arm of Alibaba Group, has implemented this technology in about 10 cities in China to alleviate traffic congestion.

Alibaba Cloud Malaysia general manager Kenny Tan told StarBiz that the pilot study carried out in Kuala Lumpur, which took nine months to be completed, showed that 12% of travel time would be reduced in traffic by Malaysians.

“Malaysians would be saving more than 10 minutes in the traffic congestion. It is a fantastic number for me.

“The technology will impact Malaysians as it has been in Hangzhou.

“The impact will be seen by the Malaysians in the near future. ” he said on the sidelines of Securities Industry Development Corp future business ideas 2019 conference here yesterday.

Should the Kuala Lumpur City Council give its final approval for the implementation, Tan said real time traffic prediction solutions would be done in stages as there are around 600 traffic junctions in Kuala Lumpur.

“We are also open to start in other cities in the country as the pilot study is completed. Now, we are waiting for the authorities. As soon as they agree, we will start rolling out the technology which will improve mobility for Malaysians,” he added.

Tan disclosed that announcements are most likely to be made next month to shed more light on the approval of the authorities as well as the implementation of the smart city initiative project by the group.

Moving forward, Tan expected the group to continue its investments in Malaysia to boost the growth potential of the locals in the technology world.

In the next three to five years, he believed that companies would leverage and bank on technologies such as artificial intelligence and big data analytics.

“It is all about how to use technology to solve problems and not just about digital transformation. Alibaba Cloud will insist in investments in Malaysia,” he added. 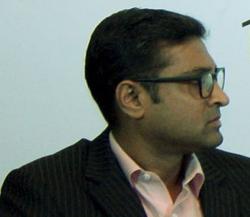