In a joint statement, Genting senior vice president of public affairs and development Michael Levoff said: “Genting’s Resorts World Las Vegas project will be the launching point for the next generation of integrated resorts, and the aesthetics of the project will play an important role in its future success.”

“While the company believes the design to have had differences with Wynn and Encore’s once fully realized, after further consideration and conversations with the Wynn team, we have directed our design team to make several changes that will clearly differentiate the two properties,” he said.

RWLV is an indirect wholly-owned subsidiary of Genting Bhd

RWLV is a US$4bil, Las Vegas Strip, integrated resort currently under construction and being developed by the world-renowned Genting Group. RWLV will include over 3,400 rooms in multiple hotels; a variety of restaurants; an innovative, next generation gaming space; numerous retail offerings; and a top-tier nightlife venue.

Last month, Wynn Resorts has filed a lawsuit against RWLV casino project for being too similar in terms of the architectural design. Wynn Las Vegas and RWLV are located opposite each other at the north end of the Las Vegas Strip.

Wynn Resort buildings are known for their architectural building design consisting of a three-dimensional building with concave facade, and curved, bronze glass, coupled with horizontal banding above and between the lines of glass panes.

In the lawsuit, Wynn said with RWLV using the trade dress that is “confusingly similar”, it would mislead the consuming public into falsely believing that it is affiliated with, sponsored by or associated with Wynn.
Article type: metered
User Type: anonymous web
User Status:
Campaign ID: 46
Cxense type: free
User access status: 3
Join our Telegram channel to get our Evening Alerts and breaking news highlights 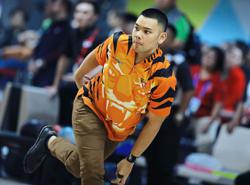 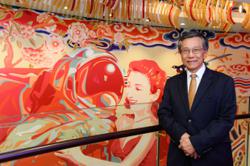