FOR someone who has been in the ad industry for almost 40 years, Datuk Johnny Mun’s passion for the profession is like a raging fire. At the heart of it lies the human touch.

Amid the digital wave sweeping the media and ad industry, Mun believes the ad business is an art involving the human spirit. The chief executive of Oxygen Advertising Sdn Bhd equates advertising to art.

“In my earlier working stints, I’ve been told that advertising is an art. Ideas are works of art. It will be sad to see the day when this art is reduced to a relic and the science takes over.

“Consumers are not just mere numbers. They are humans and no one wants to be to be told they are just mere numbers, no matter the age or sex. They want to feel loved and be important. In all the craze over artificial intelligence, I hope such inventions will not lose the human element but instead prioritise it going forward,” he tells StarBizWeek during an interview.

It is not surprising then the motto of Oxygen Advertising that Mun helms is “Humanising Brands”. Recalling his vast experience in the industry, he says he has been blessed working in the ad fraternity.

He says: “The ad business has provided me a decent life. I do not mean monetary gains but more so enriched me with much wonderful experiences – the human kind.”

Mun adds he had met many people including clients with different kinds of personalties after working more than three decades in the industry. And that’s a wonderful experience because behavioural science has to be the staple for the ad industry to grow, he says. “This part of the journey cannot be found in books. Some will call it ‘the school of hard knocks’. The more one gets knocked down, the faster one has to learn,” he quips.

Commenting on the business landscape, he says it has evolved dramatically over the last three decades

Gone are the days when ad people are looked upon as ‘celebrities’ – the smart people with the ideas, he notes, adding that visits to clients were often highlights of the week for them.

Mun says: “ Ad people then were seen as the party people, fun people to be around with their eccentricities and all. Clients too were fun people. Not too much talk of KPIs. In fact I’m beginning to think that the KPI thing is a recent invention. Today, low cost is seemed to be the order of the day. Ideas need to be big and costs needs to be low.

“With the advent of the procurement department at the clients’ end, a lot of decisions on work and ideas gets selected based on lower costs over big ideas.”

Mun, who is also the senior adviser to the Association of Accredited Advertising Agents Malaysia (4As), says with the internet, people have become more informed and are not so ‘awed’ by ideas as they presume they have view it (idea) somewhere before.

“It is still the big “ idea” that sells. It’s the content that you put out to attract people. But it’s become like since my competitors are on social media, I will therefore want to be there too.

“My advice to marketers today is as much as you want to be in the social media, you are also judged by the messages you put out. Digital/social media users gets bored with stale news. Shelf life of contents is much shorter. Importantly, like the saying goes, ‘the proof is in the pudding,’ A “like” does not represent loyalty nor a sale,” he explains.

Mun foresees traditional media will continue to have a vital role to play as an informative medium, saying that it will find its level and steady out.

Over time, he says confidence of investors, both local and foreign, will be strengthened (with new government) and this will benefit the industry on the whole.

Going by the trends, he says the obvious growth will be in the area of the digital business as more of the younger generation who are IT savvy helming organisations, both on the clients end and the agencies.

Among the notable achievements of Mun was in upping the ad professionalism and setting the stage for the certification to practice the ad business.

“When I first became a council member 14 years ago, one of my greatest dream and passion was to make the ad business a ‘practice’ akin to the medical/financial professions. What I wanted was a certification to practice the ad business and practitioners will need to pass an exam to qualify to join the industry.

“This happened during my tenure as president of the association when we teamed up with IPA UK (Inst of Practitioner in Advertising) to set this in motion. Hence the introduction of the IPA Foundation Certificate course,” he adds.

The aim this certification is to arm new practitioners with the necessary skill sets to help in discharging their duties.

Aside from the pride factor, he says it also serves as a message to marketers to be aware of the continuous efforts on the association’s part to attain betterment - a privilege that only 4As agencies can provide.

Another milestone, in Mun’s illustrious career was the introduction of the Putra Brand Awards. Started as a brainchild of Tan Sri Vincent Lee, he says the award show has successfully become Malaysia’s if not Asia’s most prestigious/reputable brand recognition award. “It will forever remain close to my heart as I have been involved in organising it from day one,’’ he emphasises.

Mun started his career in The Star advertising sales department in 1978 as a sales rep before moving on to a local agency called Wings Creative (owned by Lim Kok Wing).

He later moved to Boon Siew Honda in Penang and then to UMW Toyota managing the advertising portfolios. He switched back to the agency business by joining Batey Ads Malaysia as an account manager rising up to the position of chief operating officer before venturing out to partnership in a local agency brand – Krakatua. Partnership in Krakatua lasted 13 years before starting up Oxygen Advertising.

At Batey Ads, Mun was involved in building a tobacco brand (Mild Seven) from virtually 0% market share to about 5% market share. He says: “That’s during a period when the regulations were already clamping down on tobacco ads and saw the advent of what was then termed as ‘guerilla’ marketing.”

Mun has also managed to retain some clients over a long period at a time when clients are getting more demanding. Among them is Gardenia, a household brand, which has been with Mun’s agency for 18 years now. So is Fishermen’s Friend, a lozenge from the UK. 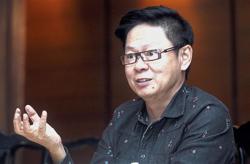