Digital to be leading channel in ad spend

WITH digital advertising in Asia-Pacific to reach almost half of the region’s total advertising spend this year, pressure is mounting on media vendors and agencies to go digital in their offerings to sustain their business.

Based on Dentsu Aegis Network’s latest ad spend forecast, digital advertising in Asia-Pacific is expected to grow by 12.7% this year, hitting the 49% mark in terms of the total region’s ad-spend share.

Malaysia and Singapore – joining the list for the first time – are among 26 markets where digital would be the leading channel, it noted. The global advertising group is forecasting an adspend growth of 4.5% for the region this year compared with 4.6% last year.

Amplifi Malaysia managing director Hasnain Babrawala tells StarBizWeek that 2019 is set to be the biggest year where the character of media agency groups will be tested.

Pressure to grow the business in an environment where advertising expenditure (adex) is increasingly getting fragmented is at an all-time high, he says. This, he adds have forced media agency groups to make some hard and necessary business operational decisions.

“I firmly believe that media agencies have to embrace the new age marketing automation tools and use them across media platforms to plan more efficiently, swiftly and justifiably.

“Furthermore, to future-proof the business, agencies will also invest more in talent who think data, technology, content, innovation and commerce.

Elaborating on the offerings by media vendors, he says media vendors, including traditional media platforms, distributors and conglomerates, will lose out if they do not refresh their media offerings and solutions to deliver instant business outcome.

Commenting on digital advertising, Dentsu Aegis Network Malaysia CEO Nicky Lim says the findings of the report validates the agency’s viewpoint that digital is indeed mainstream and will be a key contributor to the regrowth of the Malaysian ad industry.

“Conversations with our client marketers these days are centred around improving business performance fuelled by digital, including real-time performance monitoring and optimisation.

“It’s certainly picking up speed but more can and should be done. This is the way forward. Those who are still hesitant in embracing this paradigm shift will be ‘Jurassic’,” he notes.

Dentsu Aegis Network Asia-Pacific CEO Nick Waters says the region continues to see growth through digital connectivity, driven not only by advances in technology, but the increasing speed of consumer adoption.

“This region has been leading the way in the uptake of new technology for quite some years, and the world leading growth in digital seen in this forecast continues to show Asia-Pacific at the forefront of new developments in this area. In China where digital penetration is highest, the trend shows little sign of slowing down,” he notes.

On adex reporting, Hasnain says a large portion of adex, which was undisputedly invested in traditional media platforms in yesteryears, is being diverted to newer platforms and is going unnoticed and unaccounted by most adex-reporting research companies. Such misses or ignorance is prevalent in smaller and developing media markets and Malaysia is one such market, though it deserves a lot more,” he explains.

He says Malaysia has witnessed a decline in tracked or reported adex for five consecutive years. Putting things in the right context, Hasnain says one will realise that the traditional tracked adex is swiftly moving to a larger growing cluster of newer platforms that deliver instant business utility and business outcomes.

“If these investments are accounted and added back to the tracked adex, the real numbers will be shocking,” he adds.

The report also showed that Asia-Pacific’s digital share (49%) remains ahead of the digital share of total global ad-spend (41%). Among the 14 Asia-Pacific markets surveyed, China has the highest digital share (63%), followed by Australia (52%), New Zealand (49%) and Hong Kong (48%). This suggests room for further gains for the region.

Within digital, the survey revealed that mobile continues to dominate growth with over half of Asia-Pacific spend (58%) now delivered through mobile devices.

Markets such as China – where 76% of digital spend is through mobile – suggest the trend has a long way yet to run. 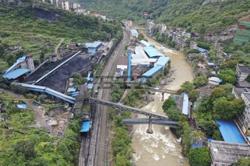 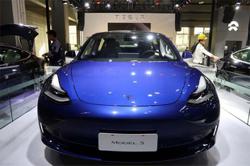 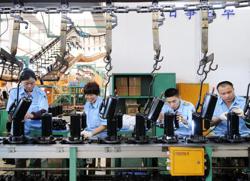