Unemployment rate in Nov unchanged at 3.3%

KUALA LUMPUR: Malaysia's unemployment rate remained unchanged at 3.3% in November 2018 on track for the third straight month, according to the Statistics Department.

Its chief statistician  Datuk Seri Dr Mohd Uzir Mahidin said on Tuesday the number of unemployed persons was 516,200 which was an increase of  2.2% from a year ago.

“The number of labour force in this month rose 2.5% against November 2017 to 15.46 million persons.  During the same period, employed persons also increased 2.5% to 14.94 million persons,” Uzir said in the statement on the labour force, employment and unemployment.

A total of 31.6% of the working age population, aged 15 to 64, was outside the labour force which comprised of housewives, students, retirees and those who were not interested in working. 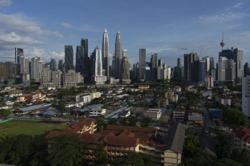 Statistics Dept: Unemployment rate at highest level in a decade 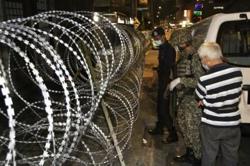