’s (SPB) Wen family has raised their offer to take the company private by 30 sen to RM6 per share.

In a filing with Bursa Malaysia, the Wen family via their investment vehicle Kayin Holdings Sdn Bhd said it had revised the proposed selective capital reduction (SCR) and repayment offer price to RM6 from RM5.70 previously after taking into consideration the closing price and volume weighted average market price of SPB shares up to and including Oct 24 this year, which was the last full trading day prior to the service of the proposal letter.

“Consequential to the revised SCR offer price, the issued share capital of SPB will be reduced by up to RM655mil pursuant to the proposed SCR,” Kayin Holdings said.

In October, the company announced its plan to privatise SPB through a SCR and repayment exercise. The proposed exercise was expected to be funded via SPB’s internally generated funds and/or bank facilities to be obtained by SPB.

According to SPB’s annual report, the total book value of its properties in Malaysia – which included several plots of prime land and office buildings in Damansara Heights and Bukit Tunku in Kuala Lumpur – stood at RM1.24bil as of Oct 31, 2017. 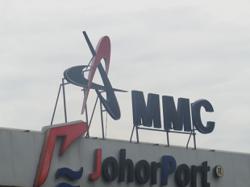