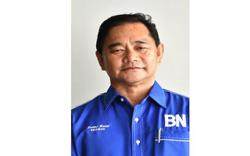 He said on Friday Malaysian gas exports were suffering from severe disruption since the second quarter of 2018 due to the breakdown.

“Major repairs and assessment works are still ongoing and production is only expected to return to full capacity by the middle of next year the latest,” he said.

“The disruption could easily be seen in the Industrial Production Index where the overall index on average grew 2.2% year-on-year (YoY) in the May-September period while the mining sub-index contracted by 5.3% YoY on average,” he pointed out.

Hence, Malaysia has not fully benefited from rising energy prices in the past six months.

“Given the limited benefits and the less than expected revenue received by the Federal Government from rising energy prices so far, the continued economic resilience proves that Malaysia is not as dependent on energy prices as in the past.

Lim pointed out the economic resilience originates from a mature domestic financial market coupled with political stability provided by a new transparent government.

“Malaysia has a well-diversified economy with 23% of its GDP contributed by the manufacturing sector and 55% by the service sector. Mining-related activities formed only 9% of the GDP.

“Malaysia cannot be compared with Saudi Arabia, where mining forms 25% of the Saudi Arabian economy. It is inappropriate to compare the two countries side-by-side given the stark difference between the two economies,” he said.